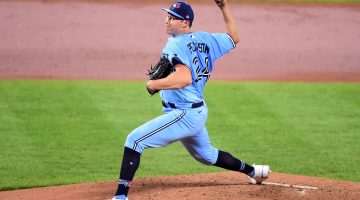 Blue Jays right-hander Nate Pearson was recently placed back on the minor league injured list due to a groin strain — his second IL placement for the injury in 2021. It appears there’s some difficulty in ascertaining the root of the issue, as Jays CEO Mark Shapiro said today on Sportsnet 590 that Pearson is… More › 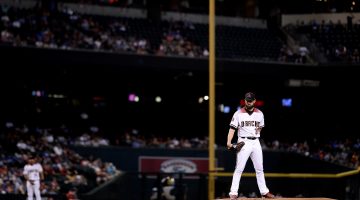 The Mets could trade Noah Syndergaard and-or Zack Wheeler by Wednesday’s trade deadline, but they might land at least one immediate rotation replacement in the coming days. Already connected to Blue Jays right-hander Marcus Stroman, the club’s also “on” Diamondbacks left-hander Robbie Ray, per Andy Martino of SNY.tv. Interest in Stroman and Ray jibes with… More › 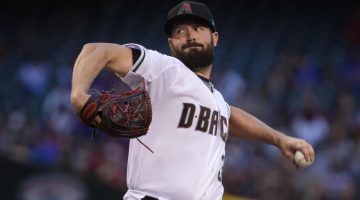 The Blue Jays have landed another starting pitcher. Get all the details here. 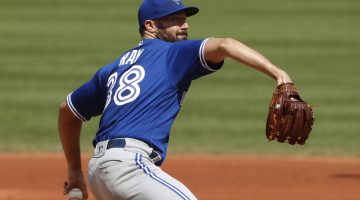 TODAY: Ray has been officially activated, the Jays announced. APRIL 11: The Blue Jays are preparing to activate left-hander Robbie Ray from the injured list in advance of their upcoming series against the Yankees, manager Charlie Montoyo tells reporters (including Ben Nicholson-Smith of Sportsnet). He’ll get the start tomorrow evening against New York. Ray re-signed with… More ›

The Tigers have announced that left-handed starter Robbie Ray will be recalled and make his Major League debut against the Astros next Tuesday. The 23-year-old Ray ranked 91st on MLB.com’s list of Top 100 prospects prior to the season and was the centerpiece to the trade that sent right-hander Doug Fister from the Tigers to… More › The Diamondbacks announced Wednesday that they’ve acquired infielder Ildemaro Vargas from the Pirates in exchange for cash. Infielder Domingo Leyba was designated for assignment to clear a spot for Vargas, who is returning to the club that originally gave him his first Major League opportunity. Now 29 years old, the switch-hitting Vargas made his MLB… More › The latest on coronavirus situations around baseball… The Blue Jays have activated Lourdes Gurriel Jr. from the COVID-19 injured list, the team announced.  Gurriel left Friday’s game and spent two days on the COVID-IL due to some side effects after receiving a vaccine.  With Gurriel and Robbie Ray (elbow) also rejoining the roster from the… More › Two of the Blue Jays’ key offseason signings – center fielder George Springer and left-hander Robbie Ray – will miss the start of the season, manager Charlie Montoyo announced to Ben Nicholson-Smith of Sportsnet and other reporters (Twitter links). Springer has been dealing with a Grade 2 oblique strain since last week, while Ray has… More › 7:35PM: The Yankees were willing to give up Clint Frazier and another prospect for Ray, USA Today’s Bob Nightengale tweets, though talks fizzled out after the Diamondbacks requested more prospects.  As per MLB Network’s Jon Heyman, the D’Backs wanted a four-prospect package that included Frazier and right-hander Clarke Schmidt, who was the 16th overall pick… More › 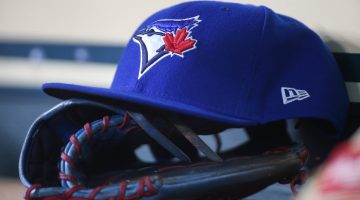 The Blue Jays are promoting right-handed pitching prospect Alek Manoah, Ken Rosenthal of The Athletic reports. He’ll start Wednesday against the Yankees. It was a quick rise up the ranks for Manoah, the 11th overall pick in the 2019 draft. The former West Virginia star was excellent in Low-A ball that year, though he was… More ›

The Blue Jays have announced that free agent left-hander Robbie Ray has been re-signed.  ESPN.com’s Jeff Passan (Twitter link) was the first to report that the southpaw will receive a one-year contract worth $8MM. It was a tough season overall for Ray, who posted a 6.62 ERA, 11.8 K/9, 2.3 HR/9, and a 7.8 BB/9… More › 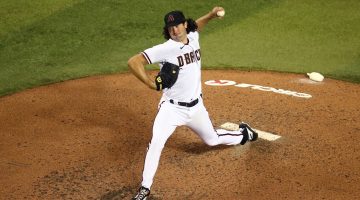 With a pitching staff ravaged by injuries, it isn’t any surprise that the Astros are exploring adding some hurlers at the deadline.  Brittany Ghiroli and Eno Sarris of The Athletic (subscription required) report that two of Houston’s targets include Diamondbacks southpaw Robbie Ray and Red Sox reliever Matt Barnes. Ray has been a popular figure… More ›

As a pending free agent who’s about to embark on a pandemic-shortened season, Diamondbacks left-hander Robbie Ray is facing an especially uncertain future. Ray figures to cash in on his next contract – at least, relative to the majority of other soon-to-be free agents – but perhaps not to the extent that he would have… More › Diamondbacks GM Mike Hazen has splashed far more cash in free agency this winter than in his prior offseasons at the helm. Most notably, he pulled off a surprise strike for star hurler Madison Bumgarner, who’s now in town for a five-year term. The addition of MadBum seemed to be spurred largely by the already… More ›

With one year to go before reaching free agency, left-hander Robbie Ray stands out as a fairly obvious trade candidate, and Jayson Stark of The Athletic tweets that other clubs feel that the Diamondbacks are indeed more open to trading Ray than they have been in the past. They report indicates the club would prefer… More ›

The Diamondbacks are reportedly gearing up to sell by Wednesday’s deadline, which could make left-hander Robbie Ray one of the game’s most popular trade candidates during the next few days. The Twins are among the teams that have inquired about Ray, Jon Morosi of MLB.com tweets. On paper, the 27-year-old Ray would be a quality… More ›

TODAY: You can add the Brewers to the stack of club’s showing initial interest in Ray, Morosi tweets. It seems safe to presume that just about every organization with a rotation need will at least take a look at the southpaw. YESTERDAY, 10:25pm: The Yankees are also among the teams interested in Ray, Jon Heyman of… More ›

At 46-45, Arizona is among a slew of clubs with realistic playoff hopes in the wide-open National League. Just 1 1/2 games back of wild-card position, the Diamondbacks don’t look like surefire sellers with the July 31 trade deadline three-plus weeks ago. Should that change, though, the Diamondbacks could have an attractive trade chip in… More ›

There won’t be any extension negotiations happening anytime soon around the baseball world, though even prior to the league shutdown, the Diamondbacks and left-hander Robbie Ray weren’t engaging in any talks about a new deal, the Athletic’s Zach Buchanan (subscription required) reports.  Ray is scheduled to be a free agent in the 2020-21 offseason, and… More ›

Although Diamondbacks left-hander Robbie Ray reportedly isn’t on the block, he’s nonetheless drawing trade interest, according to Nick Cafardo of the Boston Globe. Both the Astros and Phillies “are very interested” in Ray, Cafardo writes. Arizona made one notable future-oriented move earlier this offseason when it traded superstar first baseman Paul Goldschmidt to St. Louis,… More ›