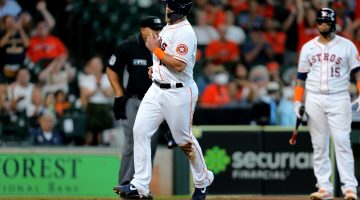 The Astros have passed utilityman Jacob Wilson through outright waivers, relays Chandler Rome of the Houston Chronicle. Houston needed to create a 40-man roster spot to activate Zack Greinke from the COVID-19 injured list, which they’re expected to do tomorrow. Wilson joined the Astros on a waiver claim from the division rival A’s last month. He’s played… More › The Astros are set to select the contract of outfielder Jose Siri, tweets Chandler Rome of the Houston Chronicle. Right-hander Bryan Abreu posted a video of Triple-A manager Mickey Storey telling the clubhouse that Siri was getting his first call to the big leagues. (Hector Gomez of ZSports 101 also tweeted the video.) It’s been… More › 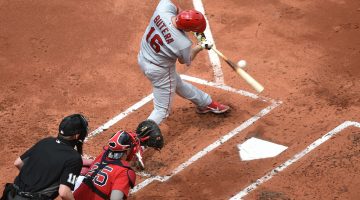 The Astros announced they’ve signed catcher Drew Butera to a minor league contract. He’ll be assigned to Triple-A Sugar Land. Butera had been in the Angels’ organization but was released today, setting the stage for this new opportunity. Butera provides some security for a Houston club that lost fellow catcher Jason Castro to the 10-day injured list last… More › 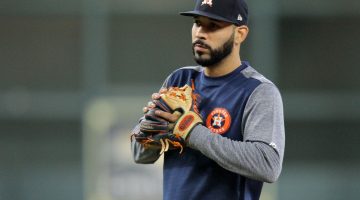 The Astros have brought infielder/outfielder Marwin Gonzalez back to the organization on a minor league contract, per a club announcement. He’ll head to the team’s Spring Training complex to work out for now. The Red Sox released Gonzalez earlier this month, and he hasn’t played in a game since Aug. 12, so he’ll get some… More › 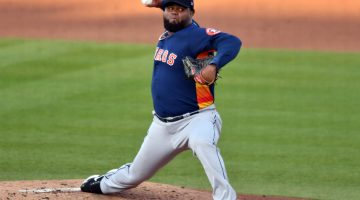 The Astros released Francis Martes this week, notes Chandler Rome of the Houston Chronicle. The 25-year-old is now a free agent. It’s an unceremonious end to Martes’ seven-year tenure with the Astros. Signed by the Marlins as an amateur free agent out of the Dominican Republic, the big right-hander wound up on the move to… More › 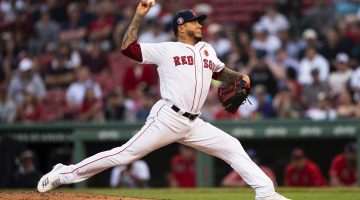 The Astros have released right-hander Hector Velazquez, as per the official transactions page for Triple-A West.  According to multiple reports out of Mexico, Velazquez will now pitch for Acereros de Monclova of the Mexican League, and he will also be a part of Mexico’s national baseball team roster for the Olympics. Velazquez posted a 3.90… More ›

Right-hander Francis Martes went unclaimed on waivers after being designated for assignment by the Astros and will remain in the organization, tweets The Athletic’s Jake Kaplan. Houston designated him for assignment late last week. Now 25 years old, Martes once ranked as one of the game’s premier pitching prospects. The big righty peaked at No…. More › 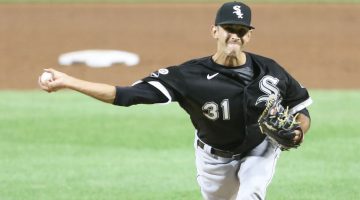 Right-handed reliever Steve Cishek requested and was granted his release from the Astros on Thursday, Jake Kaplan of The Athletic was among those to report. He had been vying for a role in the Astros’ bullpen after signing a minor league contract during the offseason. Cishek would have earned a $2.25MM salary had he made… More › 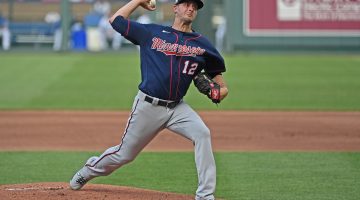 Despite finishing under .500 during the regular season, the Astros made their fourth straight trip to the American League Championship Series in 2020. The Rays denied them a World Series berth, though, and the Astros have since lost one of their longtime stars to free agency. Major League Signings Michael Brantley, OF: Two years, $32MM… More › The Astros have added the top player remaining in free agency, announcing an agreement with righty Jake Odorizzi. The deal is a two-year pact with a player option for the 2023 season. Odorizzi is represented by Excel Sports Management. Odorizzi is guaranteed $23.5MM. That takes the form of a $6MM signing bonus, a $6MM salary in… More › The Astros have claimed infielder Robel Garcia off waivers, the Angels announced (Twitter link).  The Halos designated Garcia for assignment earlier this week.  Justin Verlander was placed on the Astros’ 60-day injured list to create roster space for Garcia, Chandler Rome of the Houston Chronicle tweets. Garcia is no stranger to the waiver wire at… More › 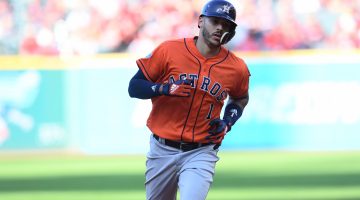 Astros shortstop Carlos Correa is slated to be a member of next year’s historic class of free-agent shortstops, although the former No. 1 overall pick and American League Rookie of the Year has made clear recently that he hopes to remain in Houston beyond the 2021 season. That’s a feeling that is mutually shared by… More › TODAY: The contract breaks down as a $2MM signing bonus, then $2.5MM salaries in both 2021 and 2022, Chandler Rome of the Houston Chronicle reports (Twitter link).  For every 10 games played as a catcher next season, Castro will add another $250K to his 2022 salary. JAN. 22: The Astros have announced the signing. JAN…. More › The Astros have designated right-hander Humberto Castellanos for assignment, Chandler Rome of the Houston Chronicle tweets. The move cleared space for just-signed catcher Jason Castro. Castellanos joined the Astros as a July 2 signing from Mexico in 2015. He debuted in rookie ball the next year and eventually climbed up the minor league ladder to… More › 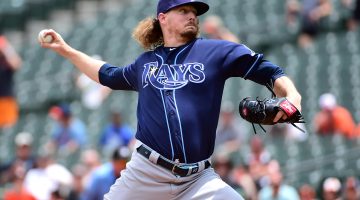 The Astros are signing free-agent reliever Ryne Stanek, Mark Feinsand of MLB.com reports. It’s a one-year deal, Chandler Rome of the Houston Chronicle tweets. Stanek will earn $1.1MM, per Joel Sherman of the New York Post. The right-hander is a client of MVP Sports Group. The 29th overall pick of the Rays in 2013, Stanek… More ›

The Astros are currently 12.5 games out in the NL Central and 8.5 games back in the wild card race.  However, they won’t be throwing in the towel yet.  Said owner Drayton McLane: "I don’t like to give up, and I think it’s too soon to give up on this season…The Astros have been for… More ›

Astros GM Tim Purpura has finally admitted that the Astros should not be making player acquisitions with this year in mind. A huge veteran firesale makes perfect sense right now. As far as the huge blockbuster names – Carlos Lee, Lance Berkman, and Roy Oswalt – Purpura specifically says they will not be traded. I have avoided wasting ink on the Oswalt rumors that have bounced around over the past few weeks, because I just didn't believe them. Oswalt's 2008-11 total salary – $58MM – is about the same as Mark Buehrle's and an equal-sized bargain. Oswalt mentioned his willingness.. Even though they finished under .500 for the first time since 2014, the Astros still found a way to overcome key injuries and make it to their fourth consecutive ALCS this year. However this offseason pans out, the Astros could still have enough talent on hand to push for another playoff berth in 2021. For… More › 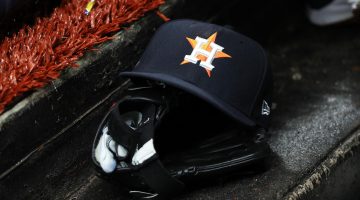 The Astros officially released their 28-man roster for their ALCS matchup with the Rays.  Only one change was made from the Astros’ ALDS roster, as rookie outfielder Chas McCormick (who didn’t play in any of the four games against the Athletics) was omitted in favor of right-hander Chase De Jong.  This gives Houston an additional… More ›