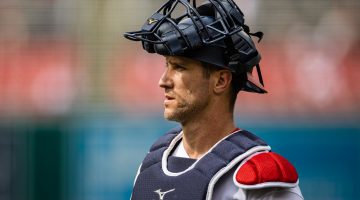 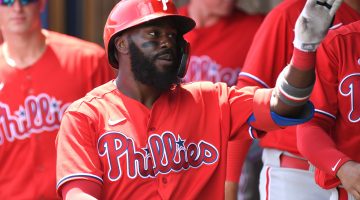 12:57pm: The Nationals have announced the signing. Harrison will be in uniform for tonight’s game. Catcher Raudy Read was optioned to alternate camp to make space on the 30-man roster. July 27, 10:15am: Harrison has passed his physical and Covid-19 tests, Heyman tweets. A formal announcement should be made by the team today. July 25,… More › 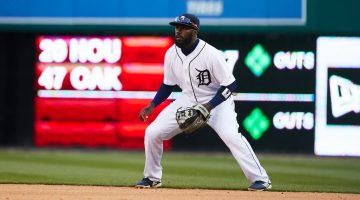 The Phillies have signed infielder Josh Harrison to a minor league contract and invited him to Spring Training, per a team announcement. MLB Network’s Jon Heyman had recently reported that the MSM Sports client was weighing minor league interest from as many as five clubs (Twitter link). A two-time All-Star with the Pirates, Harrison spent… More › 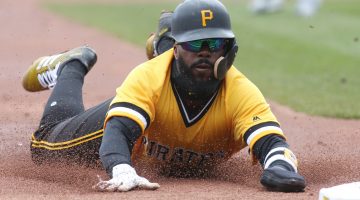 Feb. 23, 12:10pm: The Tigers have announced the deal via a press release. Harrison is officially a member of the Detroit Tigers. 8:33pm: Harrison will be guaranteed $2MM and can earn an additional $1MM worth of incentives, tweets Jon Heyman of the MLB Network. Feb. 20, 2:40pm: The Tigers have struck a one-year deal with… More › 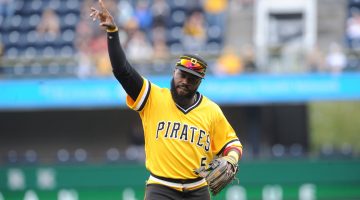 The Dodgers, Giants, Angels, Phillies and Rays are all in on free agent Josh Harrison at the moment, according to Jon Heyman of Fancred. Reported interest from the Giants and Angels isn’t anything new for Harrison, but this is the first time the Dodgers, Phillies and Rays have been connected to him in any major… More ›

The Angels are among the teams interested in free-agent infielder Josh Harrison, Jon Morosi of MLB.com tweets. They join the Nationals, Yankees, Reds, Astros, Brewers and Giants as teams that have shown interest in Harrison since the Pirates declined his club option after last season. Harrison has picked up vast experience at both second and… More › 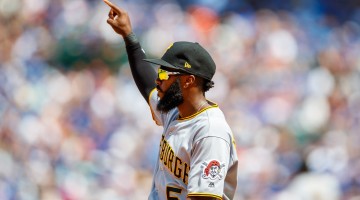 After the Pirates traded franchise cornerstones Andrew McCutchen and Gerrit Cole last month, utilityman Josh Harrison suggested he’d like to play elsewhere if “the team does not expect to contend this year or next.” The Pirates haven’t done anything to assuage Harrison since then, he explained to reporters (including Bill Brink of the Pittsburgh Post-Gazette… More ›

In an update on the market for Pirates second baseman Josh Harrison, Rob Biertempfel of the Pittsburgh Tribune Review writes that a “handful” of organizations have at least reached out to gauge the asking price. Indeed, there’s some indication that he’s the Bucs’ most heavily pursued trade candidate. Among the teams to have reached out… More › 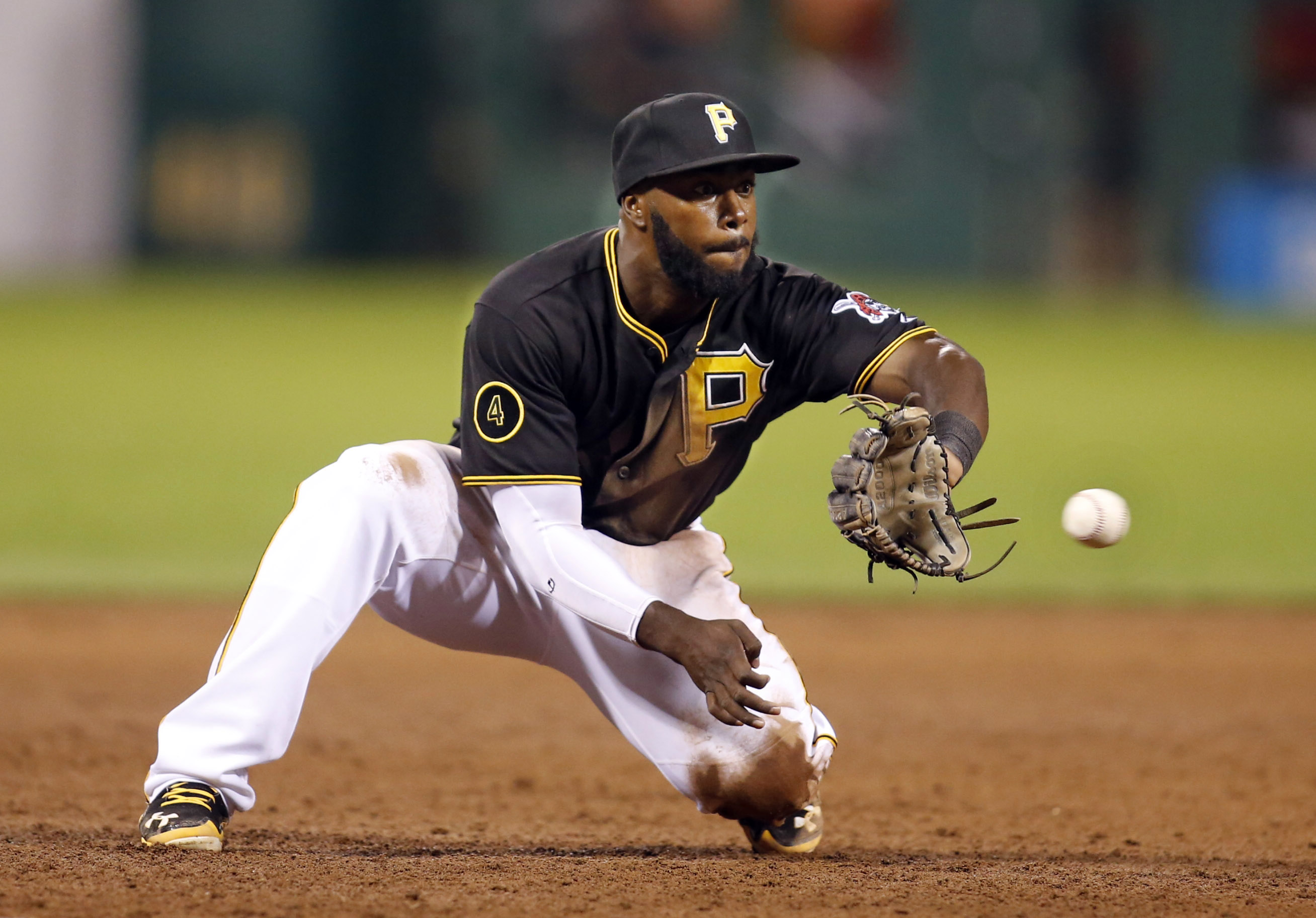 The Pirates have announced a four-year extension for infielder/outfielder Josh Harrison. Pittsburgh will guarantee the super-utility man $27.3MM over the next four seasons and will also hold two club options that could bring the deal’s total value to $50.3MM. Harrison, who is represented by MSM Sports, will take home a $1MM signing bonus. After earning his previously… More ›

Over the next few weeks, I will be discussing some of the higher profile upcoming arbitration cases. I will rely partly on my arbitration model developed exclusively for MLB Trade Rumors, but will also break out some interesting comparables and determine where the model might be wrong. Josh Harrison will enter his first year of… More › 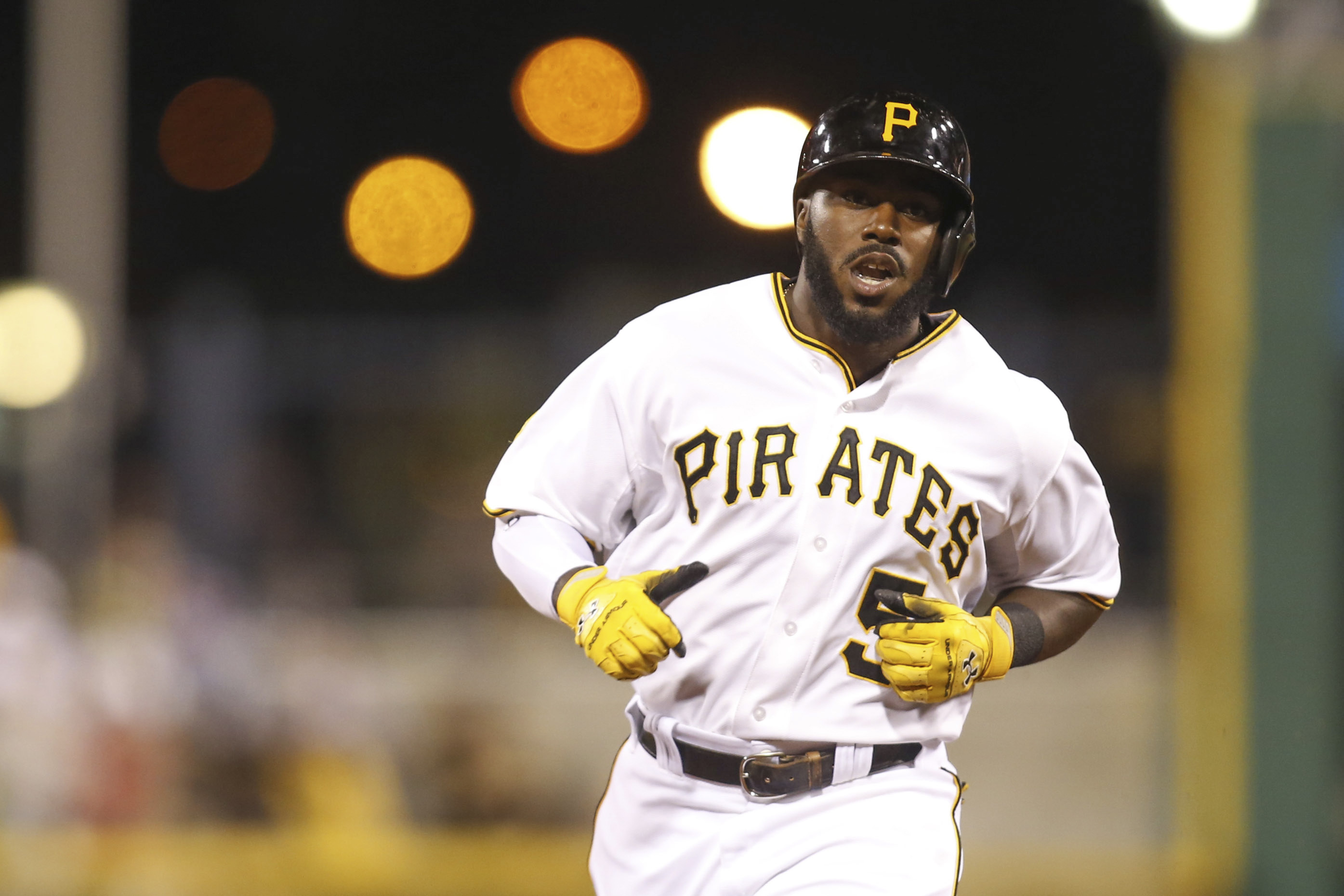 Asked to create a list of candidates for the 2014 NL batting title five months ago, few would have seriously suggested Pirates utilityman Josh Harrison. However, it’s September 11th, and the .318 mark that Harrison carried into the day paced the National League. A decline in performance for Pedro Alvarez and an eventual season-ending injury for the slugging third baseman… More › 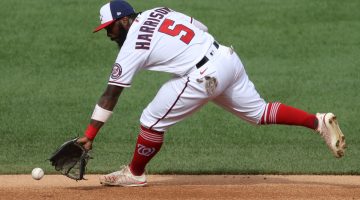 The Nationals announced Thursday that they’ve re-signed infielder/outfielder Josh Harrison. It’s a one-year deal for the MSM Sports client. The deal starts with a $1MM base salary. Incentives beginning at 200 plate appearances could add as much as $250K to the total, per Jesse Dougherty of the Washington Post (via Twitter). Harrison was a two-time… More ›

Pirates utilityman Josh Harrison has cleared revocable trade waivers, per Jon Heyman of Fancred (via Twitter). That means the veteran can be traded freely for the rest of the season — though he’d need to be moved by the end of August to be eligible for postseason play with a new organization. Of course, clearing… More ›

The Blue Jays join the previously reported Mets as teams with interest in Pirates utilityman Josh Harrison, according to Bill Brink of the Pittsburgh Post-Gazette. The Angels would also be a logical fit for Harrison, Brink notes, though it’s unclear whether they’re actually pursuing him. Toronto already addressed its middle infield in a notable way… More › 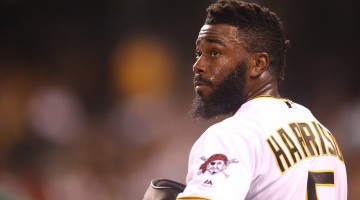 The Pirates have attempted to swing a trade involving infielder Josh Harrison and remain open to doing so, according to Ken Rosenthal of FOX Sports. Pittsburgh had hoped to deal Harrison and re-sign Sean Rodriguez, per the report, though was unable to complete such an arrangement before Rodriguez joined the Braves. Harrison, 29, has seen… More ›

Infielder Josh Harrison returned to the free-agent market when the Phillies released him Tuesday, but he may not be without a team for long. The Braves, Reds, Yankees and Rangers have all shown interest in Harrison, Jon Heyman of MLB Network tweets. If Harrison does land another contract, it’s likely to be a minor league… More ›

The Phillies announced Tuesday evening that veteran infielder/outfielder Josh Harrison requested and was granted his release. He’s now a free agent and can sign with any club. Harrison, 32, was a fixture in the Pirates’ lineup from 2014-17, hitting a combined .290/.331/.428 with 37 homer and 59 steals in 2063 plate appearances. He bounced all over… More › 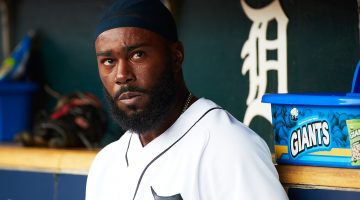 The Tigers have granted unconditional releases to infielder Josh Harrison and right-hander Sandy Baez, per a team announcement. The club also made the previously reported promotion of righty Edwin Jackson official. This marks the end of a tough Tigers tenure for Harrison, a former Pirate who joined Detroit on a $2MM guarantee in free agency… More › 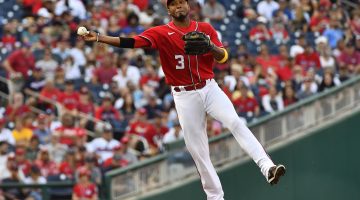 The Nationals announced an agreement to re-sign veteran infielder Alcides Escobar to a one-year, Major League contract. The GSE Worldwide client will make $1MM for the 2022 campaign. Acquired out of the Royals organization in a move that was originally intended to provide some stopgap depth, Escobar instead wound up turning in the most productive… More ›

Josh Harrison had a year to forget in 2018, leading the Pirates to buy out the veteran infielder after the season and end a relationship that began in 2009. Nevertheless, no fewer than five teams have shown interest in Harrison this offseason, according to Fancred’s Jon Heyman, who lists the Astros and Giants among clubs… More ›