Here’s the latest from the NL West… 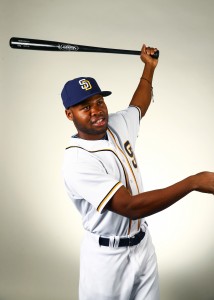 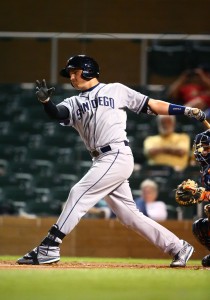 A trip to the doctor resulted in generally positive news for Mets third baseman David Wright, Jon Heyman of Fan Rag reports. Wright’s surgically-repaired neck is said to be healing as hoped, though Wright will not even be able to do full-scale workouts until next spring. Still, it seems that he and the team have reason to hope that he’ll be able to attempt a comeback for 2017.

The Padres have placed righty Tyson Ross on the 15-day DL (retroactive to April 5) with right shoulder inflammation, MLB.com’s AJ Cassavell tweets. Via the San Diego Union-Tribune’s Dennis Lin (on Twitter), Ross noticed his shoulder felt unusual during his first bullpen session after starting on Opening Day. Ross is optimistic he’ll return after missing the minimum amount of time. Clearly, the loss of Ross (who produced a 3.26 ERA, 9.7 K/9 and 3.9 BB/9 as one of the few bright spots in a rough Padres season in 2015) would be a blow to the Padres, particularly given that Ross is eligible for free agency after 2017 and could be traded at some point. Right now, however, there’s no indication the injury is serious. Manager Andy Green characterized the move as precautionary (tweet).

The Padres have signed righty Cesar Vargas to a major league deal, the club announced. San Diego also added just-acquired outfielder Manuel Margot and infielder Jose Rondon to its 40-man roster to protect them from the Rule 5 draft.

It’s not clear exactly what San Diego’s plans are for its new right-hander, though the team will have several option seasons to work with. Vargas reached the Triple-A level late last season, but spent the bulk of his time at Double-A. In 67 2/3 innings there — his first stint at the second-to-last stop in the minors — Vargas worked to a 2.79 ERA with 8.6 K/0 against 2.9 BB/9.

The deadline for teams to add players to their 40-man roster and thereby protect them from this year’s Rule 5 Draft is tomorrow night at 8:00pm ET. As such, there will be a large volume of players added to 40-man rosters in the coming day as well as a handful of moves to clear 40-man space for those new additions. The Astros’ trade of Jonathan Villar and release of Robbie Grossman and Luis Cruz earlier today, for instance, created three new spots on their 40-man for the purpose of protecting prospects. Players who signed at 18 or younger must be added to the 40-man roster within five years of signing or be exposed to all 29 other teams in the Rule 5 Draft. Players who were 19 or older at the time they signed must be added within four seasons.

MLB.com’s Jonathan Mayo has more specifics on the intricacies of the Rule 5 Draft for those that are interested. Mayo also notes that 11 of MLB.com’s Top 100 prospects are in need of protection from the Rule 5 Draft, and he goes on to list the players from each organization’s Top 30 prospects who must be added by tomorrow night in order to be protected.

With all of that said, here’s today’s list of players that have been added to the 40-man roster…

Earlier today, we collected a series of reactions to the Red Sox’ big move to acquire Craig Kimbrel from the Padres for prospects Manuel Margot, Javier Guerra, Carlos Asuaje and Logan Allen. Here are a few more that have trickled in throughout the day.

Here are a few notes on the Red Sox’ acquisition of Craig Kimbrel from the Padres last night for prospects Manuel Margot, Javier Guerra, Carlos Asuaje and Logan Allen.

In his latest column, Nick Cafardo of the Boston Globe discussed the role of former Red Sox advisor Jeremy Kapstein. Newly installed club president Dave Dombrowski did not extend Kapstein’s contract. The former player agent had worked with the Red Sox for 14 years as a senior advisor of baseball projects. Kapstein once represented a number of top players and was among the first to use statistics in arbitration cases. He’ll seek a new role elsewhere.

Here’s more from the column:

Cole Hamels fired a no-hitter against the Cubs in what could have been his final start for the Phillies. Cubs manager Joe Maddon thinks the studly performance will help the Phillies to land a top prospect, tweets Todd Zolecki of MLB.com. Meanwhile, the Nationals welcomed back Anthony Rendon, and the Braves activated Freddie Freeman. Washington also expects Jayson Werth and Ryan Zimmerman to return soon.