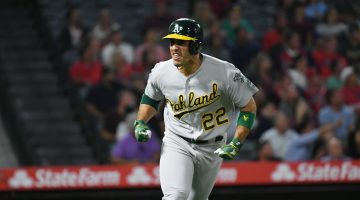 Apparently the Astros didn’t know everything that was coming in 2017. Their Nov. 20 trade with the Athletics netted them right-hander Brandon Bailey … in exchange for budding outfield star Ramon Laureano. At the time of the swap, it barely drew notice. It certainly didn’t seem like any sort of egregious misstep. Laureano had turned in… More › Two of last season’s top three home run hitters were originally acquired in trade. NL champ Pete Alonso was drafted and developed by the Mets, but NL runner up Eugenio Suárez and AL leader Jorge Soler were plucked from other organizations early in their MLB careers. MLBTR’s Connor Byrne just looked back at the Reds’ brilliant acquisition of Suárez. It… More › 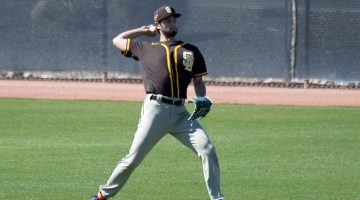 The Padres and their fans endured a long period of suffering, but the club finally returned to relevance in 2020. With 37 wins in 60 games, the Padres posted the sport’s third-best record, broke a 13-year playoff drought and advanced to the NLDS, where they lost to the division-rival Dodgers. While the Dodgers, who went… More ›

Every year we see teams gamble. Whether it's signing a big-name free agent for multiple years, exchanging prospects for elite players, or rolling the dice on someone who might have another good year or two left in the tank, every team takes risks. Let's look at some of the most successful risks (from a strictly… More ›

According to SI.com, Angels center fielder Gary Matthews Jr. was allegedly sent HGH in August of 2004. A number of other high-profile athletes were linked to Tuesday's steroid raid. Interestingly, Matthews's big league success actually began in 2004, and his isolated power has remained steady since that season. It seems possible that he started taking performance-enhancing drugs at the beginning of the '04 season, but who knows. Will the Angels be able to use this as a way out of his lousy five-year, $50MM contract? Highly unlikely, in my opinion. HGH wasn't on the banned substance list until 2005, and..

SI.com’s Jon Heyman checks in with some inside info from the What Might’ve Been file.  He says the Rangers and Twins were close to an agreement on the players involved in a trade that would’ve sent Johan Santana to Texas.  The Twins pulled the plug when Santana was noncommital about whether he’d approve a trade… More ›

So much for J.P. Ricciardi’s recent name-drop of Orlando Hudson and Jason Giambi.  He told MLB.com’s Jordan Bastian today: "We’re done.  We won’t be spending any money."  J.P. is going to let the kids play in 2009. One minor option for the Blue Jays is Michael Barrett, who they’d like to sign to a minor… More ›

The Houston Chronicle's Richard Justice always has something interesting to say in his blog. Yesterday he cleared up a common misconception about steroids being banned only in recent years: "Commissioner Fay Vincent sent the clubs a memo in 1991 reminding them that players were forbidden from taking any illegal substance. He specifically mention steroids in the memo and encouraged the clubs to take a get-tough policy on players thought to be using steroids. What could a team have done if it suspected a player of using steroids? Probably nothing. Vincent simply wanted to be on the record as letting the..

12:57pm: Joel Sherman of the New York Post reports that nothing is close, via Twitter. 12: 51pm: The Yankees have agreed to acquire Marlon Byrd from the Phillies, tweets Jim Bowden of ESPN.com.

Interesting note from Buster Olney’s Sunday blog post: San Diego nearly dealt Brian Giles to Boston and later to Oakland during the season, and it stands to reason that this winter the Padres will approach Giles about waiving his no-trade rights to facilitate a trade out of San Diego. (As of Saturday evening, they had… More ›

According to Sanspo.com, the Nippon Ham Fighters have acquired Jason Botts from the Rangers.  Botts, 27, is hitting .242/.342/.515 in Triple A.  He wasn’t able to figure it out in 282 career ABs with the Rangers. Thanks to Patrick Newman for the tip.

Prince Fielder has just one more year to go before becoming eligible for free agency, and as a result many around the game expect the Brewers to shop their hulking first baseman. GM Doug Melvin told USA Today's Bob Nightengale that isn't the case however, saying explicitly "We're not shopping Prince." Here's the full quote…… More ›

Twins CEO Jim Pohlad shared some thoughts with a group of reporters, including MLB.com’s Kelly Thesier, on Friday afternoon.  It sounds like the club still has a few transactions in mind. "We’re not done. The season hasn’t started yet," Pohlad said. "Frequently, transactions do occur during Spring Training, so it still could happen. There is… More › 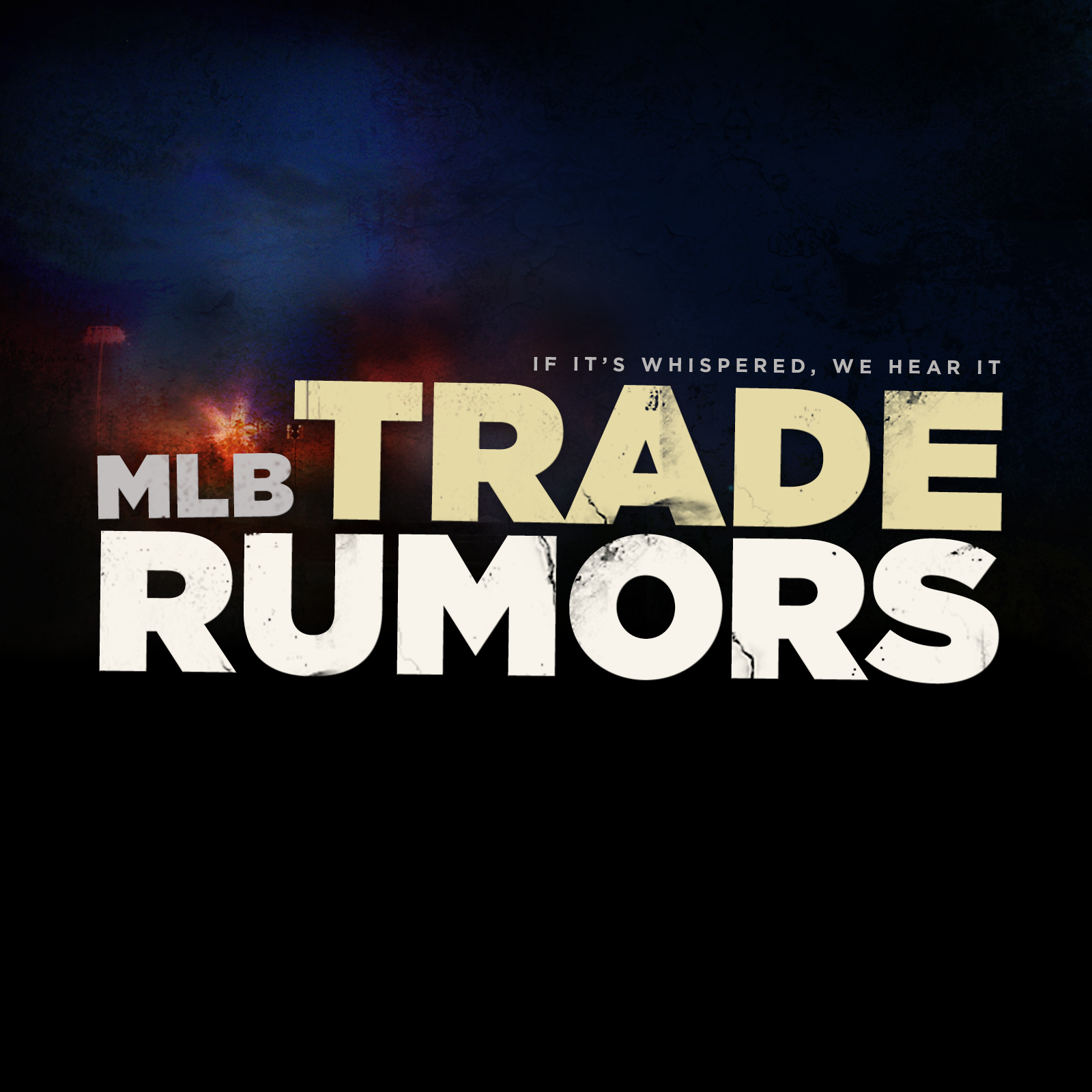 The MLB free agent market has finally started to pick up, and many players have landed with new teams in recent days.  Here are the various ways you can stay on top of everything here at MLBTR: 2020-21 Top 50 Free Agents list – Every time one of our Top 50 free agents signs, I… More › 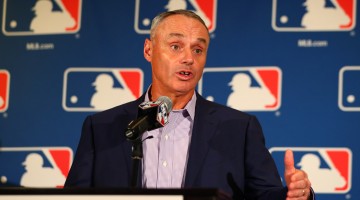 Major League Baseball is preparing yet another counter-offer to the Players Association after the MLBPA proposed an 89-game season with prorated salaries yesterday, commissioner Rob Manfred said minutes ago in an appearance on MLB Network (hat tip: Bill Shaikin of the L.A. Times, on Twitter). More encouragingly, Manfred emphatically stated: “We’re going to play baseball… More › 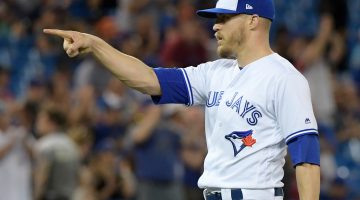 The Yankees and Blue Jays almost pulled off a significant, intra-division deal involving closer Ken Giles at this year’s trade deadline, according to Ken Rosenthal of The Athletic (subscription link). Three prospects would’ve headed to Toronto had the deal gone through, though their particular identities aren’t known. This note is largely of historical import, though… More › 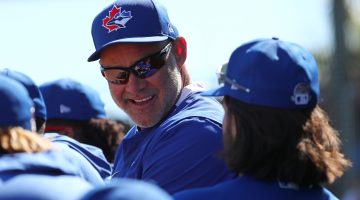 Before he became the third-most-famous dad of a Toronto Blue Jays starting infielder, Dante Bichette held a similar title in a different barbershop quartet: the Blake Street Bombers. In both groups, Bichette fits comfortably in the George Harrison role as the love-able third cog, the character actor capable of carrying a film (say, as the… More › 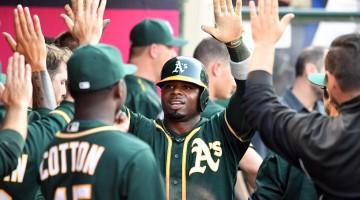 Following the July non-waiver trade deadline, revocable waivers present obstacles for teams wishing to trade players on their 40-man rosters. If a player clears waivers, his team can trade him anywhere. If he’s claimed on waivers, though, the player’s team can only trade him to the team that claims him. Occasionally, though, when a player… More › 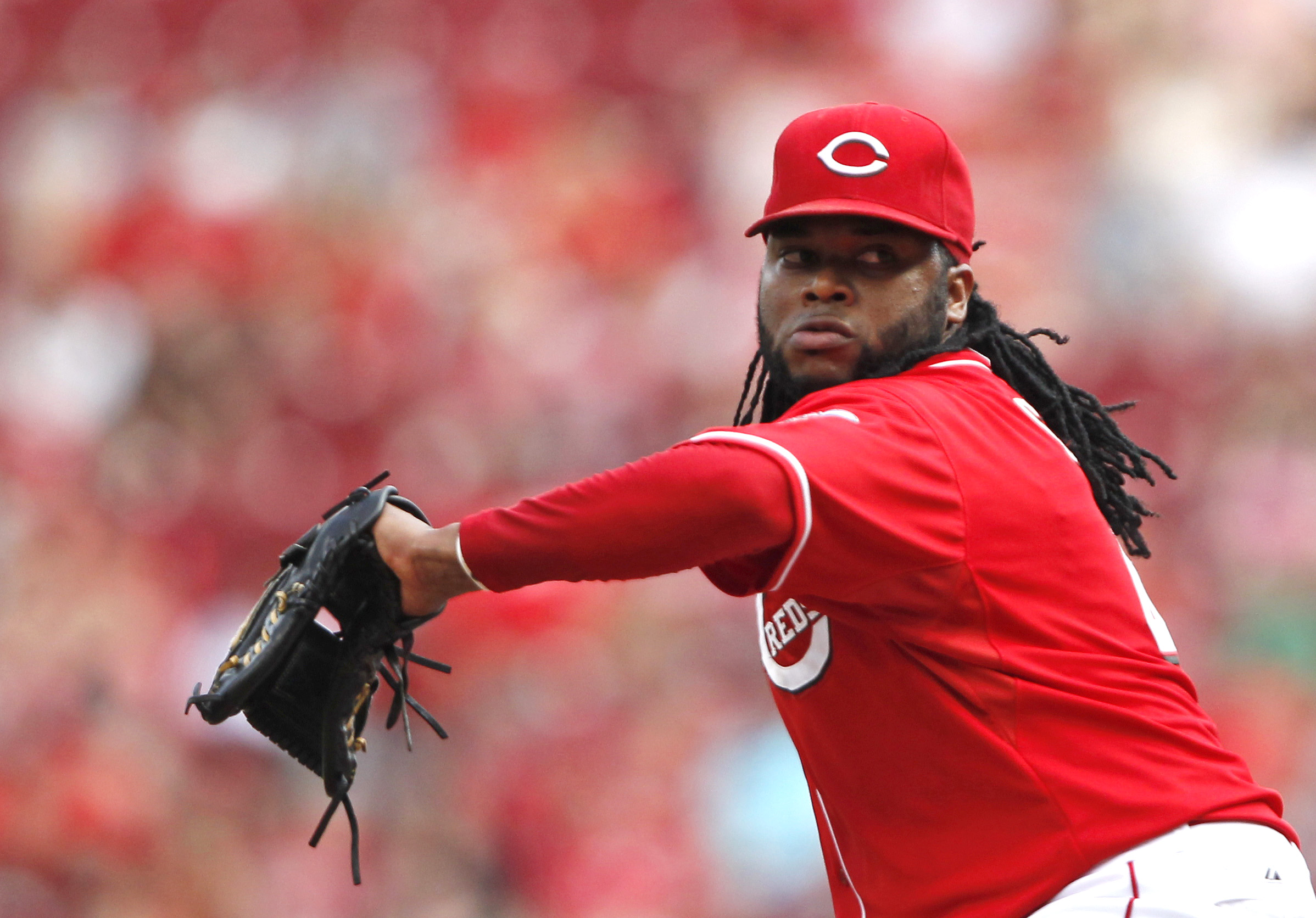 SUNDAY, 10:38am: The Royals remain “hopeful” they can revive the Cueto deal with the Reds, sources tell Ken Rosenthal of FOX Sports (on Twitter). 8:47am: The two sides are still discussing a deal that would send Cueto to Kansas City, Jim Bowden of ESPN.com tweets. SATURDAY, 11:46pm: The Royals were close to acquiring Reds ace Johnny… More › 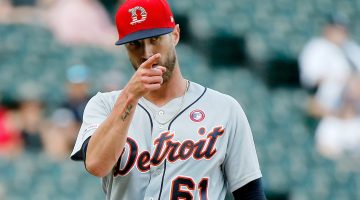 With the Tigers mired in a rebuild and closer Shane Greene in his second-last year of team control, the right-hander ranks as one of baseball’s most obvious trade candidates heading into the July 31 deadline. While little has gone right this year for Detroit, whose 29-62 record stands as the game’s second worst, Greene has… More ›