The Cubs have signed Starlin Castro to a contract extension that will keep the 22-year-old shortstop under contract for the remainder of his 20s. The team officially announced a seven-year extension that covers Castro's four arbitration seasons and at least three seasons of free agent eligibility. Paul Kinzer of Wasserman Media Group represents Castro, whose seven-year deal includes $60MM in guaranteed money. 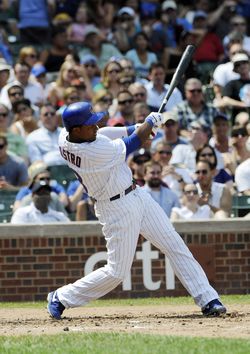 Castro has posted a .276/.311/.418 batting line with 12 homers in 540 plate appearances this season. Despite his youth, he already has three full seasons of MLB experience and was on track to go to arbitration for the first time this offseason. As a super two player, he has four seasons of arbitration eligibility.