DEC. 11: 7:25pm: Elias has shot down reports that the Orioles have even offered anyone the job, let alone hired a new manager, per Roch Kubatko of MASNsports.com.

7:06pm: Hyde will indeed get the job, Ken Rosenthal of The Athletic reports.

6:59pm: The Orioles “are closing in on” naming Cubs bench coach Brandon Hyde their manager, Joel Sherman of the New York Post tweets. 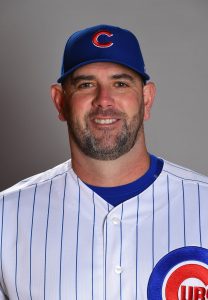 It didn’t take long for Hyde to emerge as the choice for the job in Baltimore, whose search for Buck Showalter’s successor only began in earnest a couple weeks ago. Rookie general manager Mike Elias, whom the Orioles hired less than a month ago, reportedly considered six candidates for the managerial role. Along with Hyde, Rockies bench coach Mike Redmond, Nationals bench coach Chip Hale, Royals catching/quality control coach Pedro Grifol, Diamondbacks director of player development Mike Bell and ex-Indians and Nats manager Manny Acta were in the running for the position.

Earlier this offseason, the 45-year-old Hyde garnered interest from the Blue Jays, Twins and Angels when they were seeking managers. He comes with plenty of coaching experience, having worked as a minor league manager with the Marlins from 2005-09 before serving as their bench coach from 2010-12. Hyde had been on the Cubs’ coaching staff since 2013, twice functioning as their bench coach (under both Rick Renteria and Joe Maddon) and once as their first base coach. His departure means the Cubs will have to find a new bench coach for the second straight offseason. Hyde only landed the role last year because Dave Martinez left to become the Nationals’ manager.

A former minor league catcher and first baseman in the White Sox organization, Hyde’s entering an unenviable situation in Baltimore. The Orioles finished with the majors’ worst record in 2018 and are now in the early stages of a full rebuild. The franchise’s hope is that he and Elias will be up to the task of putting together its next contender, but given that they’re both neophytes, it’s likely the duo will be afforded plenty of patience.