The Indians announced in a video package on Twitter this morning that their new franchise name will be the Cleveland Guardians. It was reported last night that a decision had been reached and an announcement could be forthcoming. The name change will formally go into effect after the 2021 season. 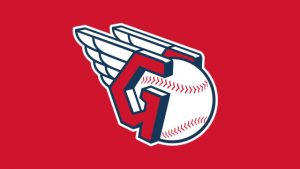 The franchise announced early last July that a name change was under consideration, and by December it had become clear that the organization would move forward with a new name in the near future. The team selected “Guardians” from a list of nearly 1200 initial possibilities and has provided some insight into its selection process in conjunction with today’s announcement.

The new “Guardians” moniker is a nod to the eight sculptures along Cleveland’s Hope Memorial Bridge, referred to as the “Guardians of Traffic.” The name has been among the reported favorites for some time now. Others that were popular speculative possibilities included the Spiders (a callback to the late-1800s Cleveland baseball franchise) and the Rocks or Rockers (a nod to the Rock & Roll Hall of Fame).

It’s not the first name change in franchise history — far from it — but it is the first in more than a century. The franchise was founded as the Grand Rapids Rustlers in 1894 and very briefly changed its name to the Lake Shores upon moving to Cleveland in 1900. After a series of one-year stints for Lake Shores, Bluebirds and Broncos, the team renamed itself the “Naps” — after star infielder Nap Lajoie — from 1903-1914.

The “Indians” moniker has been in place since that time. There were inklings of change on the horizon long before the announcement of a forthcoming name change. The organization phased out the former “Chief Wahoo” logo from its caps, jerseys and official merchandise beginning in 2019, and talks about potential names and/or branding changes predate that logo’s departure by several years.

“We are excited to usher in the next era of the deep history of baseball in Cleveland,” owner/chairman Paul Dolan said Friday morning in a press release announcing the change. “Cleveland has and always will be the most important part of our identity. Therefore, we wanted a name that strongly represents the pride, resiliency and loyalty of Clevelanders. ‘Guardians’ reflects those attributes that define us while drawing on the iconic Guardians of Traffic just outside the ballpark on the Hope Memorial Bridge. It brings to life the pride Clevelanders take in our city and the way we fight together for all who choose to be part of the Cleveland baseball family. While ‘Indians’ will always be a part of our history, our new name will help unify our fans and city as we are all Cleveland Guardians.”