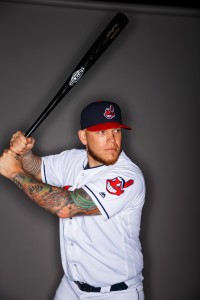 Cleveland has made a habit of extending players in recent years, having reached deals with Jose Ramirez, Corey Kluber, Carlos Carrasco, Jason Kipnis, Michael Brantley, Carlos Santana, Yan Gomes, Brandon Guyer and Josh Tomlin. Gomes, who shares the catcher position with Perez, is controllable through the 2021 campaign, and the club has a top behind-the-plate prospect on the way in Francisco Mejia, as Bastian notes (Twitter link).

The 26-year-old Perez, who would have been eligible for arbitration next winter, is now potentially in position to remain with the Indians through his age-31 season. The Puerto Rico native joined the Indians as a 33th-round pick in 2008 and made his major league debut in 2014. Since then, Perez has hit .220/.318/.355 in 505 plate appearances, though a .183/.285/.294 showing last season weighs down his overall line. Perez’s walk and strikeout rates (12.5 percent and 23.9 percent, respectively) were in line with career norms last season, but his hard contact dropped and his infield fly rate rose, helping lead to a .229 batting average on balls in play and a lack of production.

Despite his offensive struggles in 2016, Perez managed to provide value behind the plate, where he graded as one of Baseball Prospectus’ best pitch-framing catchers. That has typically been the case for Perez, who also threw out an incredible 50 percent of would-be base stealers and earned plus marks as a blocker last year. Thus far in his career, Perez has halted 43 percent of attempted base thieves. Given his defensive brilliance, it’s no surprise that the Tribe jumped at the chance to lock Perez up through his prime to a bargain deal.