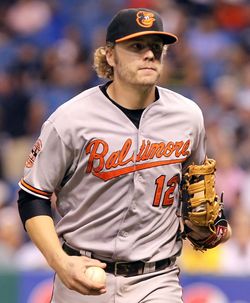 "It is what it is and move on. I'm excited to get out there and see what’s out there for me," said Reynolds to Ghiroli (Twitter link).

The Orioles paid Reynolds a $500K buyout by declining the option, though he remained under team control as an arbitration-eligible player. Matt Swartz projected the slugger to earn $8.9MM through arbitration thanks to his gaudy power numbers.