The Twins have been uncharacteristically aggressive on the free agent market this offseason, and they continued the trend by officially announcing the signing of Mike Pelfrey to a two-year, $11MM contract today. Pelfrey can reportedly earn $3.5MM in performance bonuses. 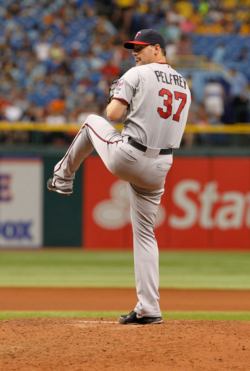 The Twins have been linked frequently with 29-year-old this offseason. Though he posted a 5.19 ERA for Minnesota in 2013, it's perhaps a positive that Pelfrey managed 152 2/3 innings in returning from Tommy John surgery. ERA estimators also suggest he may have been the victim of some bad luck. SIERA projected a 4.63 ERA, while xFIP suggested Pelfrey was in line for a 4.54 mark, and FIP pegged him at 3.99.

The Twins have spent heavily on pitching this offseason, signing Ricky Nolasco and Phil Hughes, but were rumored to be targeting further rotation help. GM Terry Ryan's push to revamp the rotation was no doubt brought on by the 5.26 ERA Twins starters coughed up in 2013, good for last in the majors. The 871 total innings the Twins got from their rotation in 2013 was also worst among big league teams.

While Pelfrey lacks the impact potential of Nolasco and Hughes, he's a good bet to provide innings. Prior to undergoing Tommy John in 2012, the 6'7", 250-pound right-hander was the picture of durability. He averaged 196 frames with the Mets from 2008 to 2011, posting a 4.27 ERA over that span. In 1,049 career big league innings, Pelfrey owns a 4.48 ERA and a 47.8 pecent ground-ball rate. If Pelfrey can improve on last season's 43.2 percent ground-ball rate and inch closer to his career mark, it should bode well for the right-hander. Minnesota deploys a strong defensive tandem up the middle in the form of Brian Dozier and Pedro Florimon.

Between Pelfrey, Nolasco and Hughes, the Twins have now committed $84MM to three pitchers this winter. Those three will join Kevin Correia in the rotation, with Kyle Gibson, Vance Worley, Scott Diamond and Samuel Deduno fighting for the fifth and final spot. However, Darren Wolfson of 1500ESPN.com tweets that the team hasn't ruled out acquiring another starter. The Twins "definitely" still have money to spend, according to Wolfson.

Jon Heyman of CBS Sports was the first to report the agreement and the terms of the contract (Twitter links).