Arcade Mode is the new easy-to-draft and fast-scoring fantasy baseball contest. To play, simply select a team of five hitters and one pitcher playing on Monday night. With more scoring and higher bonuses, Arcade Mode makes baseball even more exciting to watch.

Entry into the contest is free. Plus, 150 users will win a prize — guaranteed.

Picking a lineup is simple. Here is a sample lineup from last week: 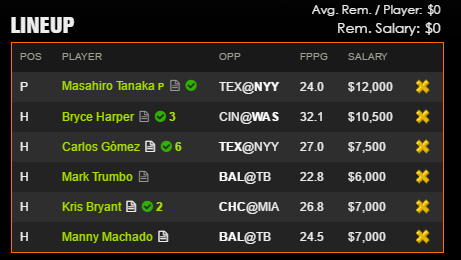 Arcade Mode Fantasy Baseball is the easiest way to add excitement to the baseball season.