The Pirates have locked up one of their core players for nearly a decade. The team officially announced today that outfielder Jose Tabata has signed a six-year contract extension with option years for 2017, 2018, and 2019. 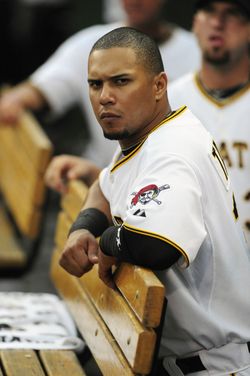 The contract covers Tabata's three remaining pre-arbitration seasons and his three arbitration seasons. Prior to the completion of the contract, the outfielder amicably parted ways with ACES, his previous agency.  He returned from a stint on the DL with a strained quadriceps this week. Tabata is in his second MLB season, and the 23-year-old has a .264/.351/.362 line with 14 doubles, four homers and 14 stolen bases this year.