The White Sox announced that they have agreed to sign Chris Sale to a five-year extension. The deal will guarantee the left-hander $32.5MM and could keep him in Chicago through 2019. Sale, a client of Jet Sports Management, emerged as a frontline starter in 2012. 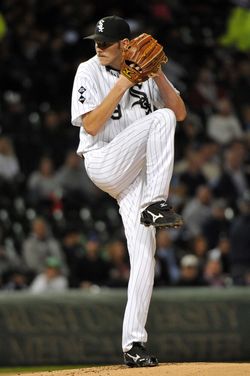 “We are thrilled to be able to reward Chris for his accomplishments thus far in his career and to keep one of the best young starters in the league in a White Sox uniform for potentially the next seven years,” White Sox senior vice president/general manager Rick Hahn said.

The deal includes an escalator that could increase the total value of the contract to $60MM over seven years, Dan Hayes of CSNChicago.com reports (on Twitter). Sale would have to win a Cy Young to trigger the escalator.

As MLBTR's Extension Tracker shows, it's nothing new for pitchers with two-plus years of service to sign five-year extensions worth $30MM or so. Jonathon Niese, Derek Holland, Trevor Cahill, Yovani Gallardo and Jon Lester are among the pitchers who signed these deals. Typically the extensions include at least one club option.