SUNDAY: Perez passed his physical and the deal is now official, tweets Chris Cotillo of MLBDailyDish.com.

FRIDAY: The Diamondbacks have reached an agreement with left-hander Oliver Perez on a two-year, $4.25MM deal, pending physical. Perez, a client of Scott Boras, will earn $1.75MM for the coming year and $2.5MM in 2015. 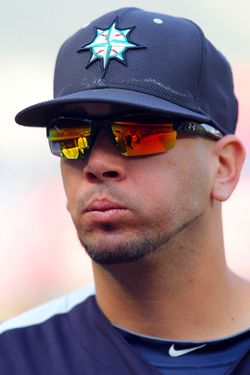 Prior to the 2009 season, Perez famously signed an ill-fated three-year, $36MM contract to remain with the Mets coming off a pair of solid seasons in New York. He would go on to pitch just 112 1/3 innings over the life of that contract, yielding a 6.81 ERA with more walks (100) than strikeouts (99). He didn't pitch in the Major Leagues at all in 2011 before his resurgence with Seattle the following year.

Left-handed relief was an area of need for the D'Backs throughout much of the 2013 campaign and was one of the factors that led Arizona GM Kevin Towers to make an intra-division trade that sent Ian Kennedy to the Padres in exchange for lefty Joe Thatcher, relief prospect Matt Stites and a compensation round B draft choice. However, Thatcher struggled mightily in Arizona, pitching to a 6.75 ERA in 9 1/3 innings for the Snakes.

Towers has done quite a bit of wheeling and dealing in regards to his bullpen this season, as he dealt Heath Bell (and most of his salary) to the Rays in a three-team deal that also included the Reds and also flipped blocked third base prospect Matt Davidson to the White Sox for closer Addison Reed. Additionally, Arizona claimed lefty Santos Rodriguez off waivers from the White Sox and locked up right-handers Brad Ziegler and Josh Collmenter with a two-year contract extensions.

The signing was first reported by Jon Heyman of CBS Sports (on Twitter), while Ken Rosenthal of FOX Sports earlier reported that the two sides were closing in on a multi-year deal (Twitter links). Heyman was first to report that the deal was for two years. John Gambadoro of Arizona Sports 98.7 had the final financial terms (via Twitter), while MLBDailyDish.com's Chris Cotillo (via Twitter) and Heyman (via Twitter) reported developments in the price tag.