The Yankees have struck a deal with outfielder Brett Gardner, per George A. King III of the New York Post (via Twitter). It’ll pay him a guaranteed $12.5MM. There’s a $2MM signing bonus and $8MM 2020 salary, per MLB.com’s Mark Feinsand (via Twitter). The Yanks also have a $10MM club option in 2021, per MLB.com’s Bryan Hoch (Twitter link), with the alternative of a $2.5MM buyout (via King, on Twitter). 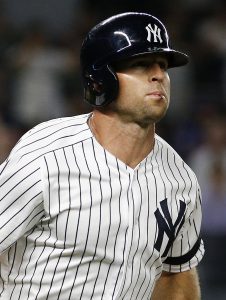 There was never much doubt that Gardner would end up returning to New York. The 36-year-old has already been with the club for a dozen seasons and has been rumored all offseason to be in talks for another. Gardner reportedly drew multi-year interest from other organizations but evidently didn’t have much appetite for change at this point in his career.

It is easy to overlook just how big a role Gardner has played over the years for the Yanks. Excepting his injury-ravaged 2012 campaign, he has appeared in at least 140 games for the team in every season for the past decade. Gardner is one game and five plate appearances shy of tallying 1500 games-played and six thousand PAs with the Bronxn Bombers.

The formula remains much the same now as ever. Gardner is an outstanding defender and baserunner who has consistently delivered league-average offensive production. He has grown into power over the years, though it remains to be seen whether he can repeat last year’s career-high 28 long balls and .503 slugging percentage. (Those stood out even in a year of leaguewide power enhancement.)

The Yankees will certainly need Gardner quite a bit out of the gates with Aaron Hicks slated to miss time. Just how roles will be sorted once Hicks is back will remain to be seen. The health and performance statuses of quite a few other players — including sluggers Aaron Judge and Giancarlo Stanton — will surely factor heavily. Having the dependable Gardner, along with 2019 breakout performer Mike Tauchman, will leave the Yanks plenty of options for filling in or mixing and matching if and when the roster is at full strength.