The Brewers have announced a new contract with manager Craig Counsell, as first reported by Robert Murray (Twitter link). It’s said to take the skipper through the 2023 season. 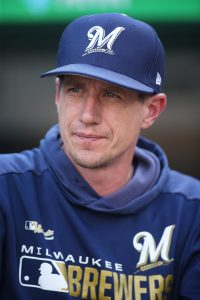 Counsell, 49, was already under contract through the 2020 campaign under the extension he reached in the fall of 2016. He was originally hired in the midst of the 2015 season, replacing the fired Ron Roenicke.

While he predates GM David Stearns, the two have seemingly worked together seamlessly in Milwaukee. Since a losing 2016 season, the organization has turned in three consecutive winners and two-straight postseason appearances.

The Brewers narrowly won the NL Central in 2018 and grabbed a Wild Card in the just-completed campaign. While the club has had some disappointment in the postseason — falling short in seven games against the Dodgers in the 2018 NLCS and then faltering late in the 2019 Wild Card game to the eventual World Series champion Nationals — that’s the fate of all but one team every season.

It’s inarguable that the Stearns-Counsell combination has been a successful one thus far. The latter has now been voted the runner-up in the National League Manager of the Year race in consecutive seasons.

Despite the good results, there’ll be loads of new faces in uniform when camp opens next month. The Brewers model under Stearns has been to swap out parts as needed to ensure cost-efficiency. But this winter has seen more turnover than before and left the club with a mix-and-match roster that’ll require rather active day-to-day management during the season. It’ll be Counsell’s job not only to meld the new pieces together in the clubhouse, but deploy them in the most advantageous manner in 2020.