8:15am: Villar is guaranteed $3.55MM from the Mets, Heyman tweets. The contract contains additional incentives that can boost that salary.

8:02am: The Mets have agreed to a deal with infielder Jonathan Villar, reports MLB Network’s Jon Heyman (via Twitter). Enrique Rojas of ESPN Deportes hears the same, adding that it’s a one-year, Major League deal for the Wasserman client. 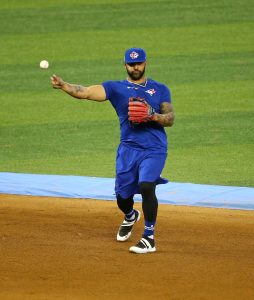 Over the weekend, Villar was reported to be in talks with the Reds about a contract, but it seems New York made a better offer to the former Astros, Brewers, Orioles, Marlins and Blue Jays speedster. Bobby Nightengale of the Cincinnati Enquirer tweets that Cincinnati’s efforts were likely focused on a minor league deal.

The Mets have a full infield and crowded outfield mix as well, but the fleet-footed Villar will likely give them a super-utility option who can bounce around the multiple spots on the diamond. While Villar spent the bulk of his career at shortstop and second base, he’s also logged action at third base, in center field and in left. The Marlins originally planned to use him as their primary center fielder last year when they acquired him from the Orioles, but the team’s early Covid-19 outbreak threw the roster into a state of chaos and landed Villar back in the infield.

The 2020 season was an ugly one for Villar, who underwhelmed in Miami before completely cratering in a 22-game stint with Toronto. Villar’s overall batting line last season checked in at a disastrous .232/.301/.292, but his track record prior to that showing was generally solid.

There’s some clear power and speed upside with the switch-hitting Villar, and while he doesn’t play any one position particularly well, his ability to fill in at a variety of spots on the diamond only serves to further deepen a much-improved Mets roster in 2021. He’s also been a productive regular recently enough that one could envision him stepping into an everyday role and capably holding down the fort in the event of an injury to second baseman Jeff McNeil, shortstop Francisco Lindor or third baseman J.D. Davis. Villar joins Albert Almora Jr. and Jose Martinez on an increasingly veteran Mets bench.