The Blue Jays have signed shortstop Yunel Escobar to an extension for the 2012 and 2013 seasons worth $10MM, according to the team's official Twitter page.  The deal includes two club options of $5MM each for the 2014 and 2015 seasons. 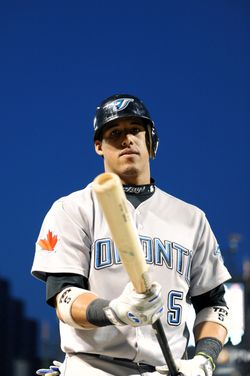 Escobar, 28, was already under team control through 2013.  The possible option years for '14 and '15 represent his first two years of free agency.  The new deal will bring Escobar a significant pay bump as he will earn $2.9MM in 2011 after avoiding arbitration in January.

The Blue Jays acquired Escobar along with Jo-Jo Reyes from the Braves in July of 2010 for Tyler Pastornicky, Tim Collins and Alex Gonzalez.  Since then, Escobar has hit .278/.350/.395 with 12 homers in 126 games for Toronto.

Fellow Cuban Alexei Ramirez is in the same service class as Escobar and makes a comparable salary in 2011 ($2.75MM). Ramirez has shown more power than Escobar and has a Silver Slugger to his name, though he hasn't reached base as often as a Major Leaguer. Ramirez signed a deal that guarantees him $32.5MM, including nearly $10MM per free agent year.