Heavily-hyped prospects often have carefully-timed debuts, and Baseball America's recently-released list of the game's top 100 prospects features those currently generating the most buzz. Of the 100 players on the list, 36 project to arrive in the Major Leagues in 2013, according to Baseball America. The chart below presents two key dates for each prospect who might make an impact this coming season. 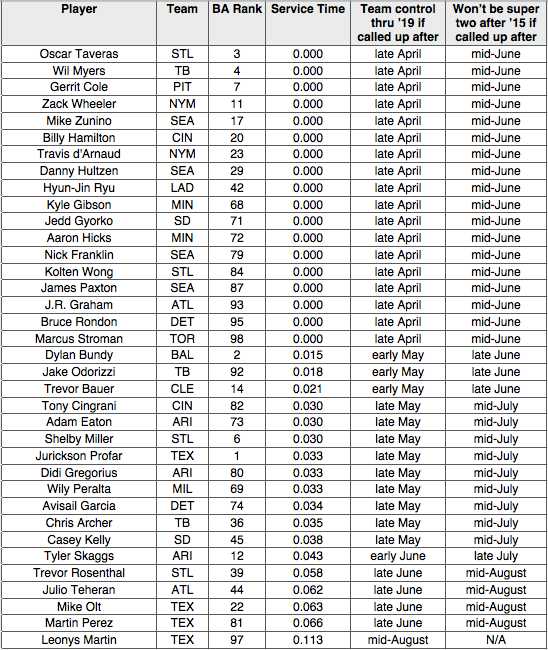 In many cases — Hyun-Jin Ryu comes to mind — service time will not affect teams’ decisions. But keep this list in mind if you’re wondering why Wil Myers is still at Triple-A Durham midway through the first month of the season.

This service time explanation is a modified version of a piece initially published at MLB Trade Rumors one year ago.