Looking for the best way to track your fantasy baseball team on your android and mobile devices? Check out a free app called Thuuz. Thuuz helps sports fans track all of their favorite sports so that they never miss an exciting game. With as many as 15 MLB games occurring simultaneously, Thuuz alerts you of all the most exciting games and performances. Thuuz is awesome for any MLB and sports fan – but it's even sweeter if you're in an MLB fantasy league.

Here's how it works:

Sign up for Thuuz Fantasy Baseball 2013 beta and import your fantasy baseball teams into the app from any of the major fantasy platforms. Along with tracking your favorite teams and exciting games, Thuuz will track games involving your fantasy players and let you know when your players are going off. Thuuz will also tell you if the game is on TV or available online.

What you can expect from Thuuz: 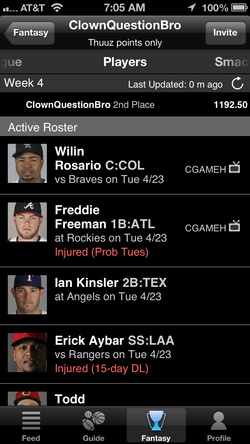 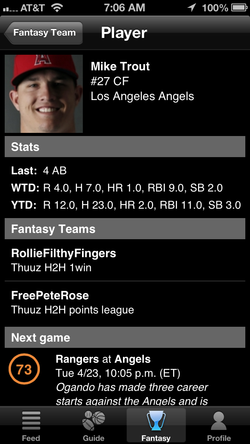 You may already have an app (or two) that you use to track fantasy news – here's how Thuuz complements those apps: