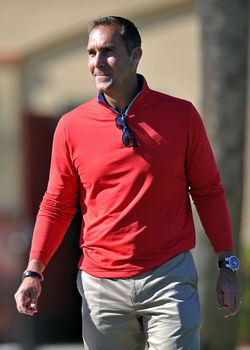 The Cardinals have announced that they have extended senior vice president and general manager John Mozeliak for two years, through the 2018 season. Last February, the Cardinals had signed Mozeliak to a three-year extension covering the 2014 through 2016 seasons.

Since Mozeliak's hiring following the 2007 season, the Cardinals have won one World Series (2011), appeared in another (2013), and made the playoffs four times, including in the last three seasons. They've had at least 86 wins in every season since hiring Mozeliak. Their farm system and player development program are highly regarded, and they've bolstered their current team with a number of products of Mozeliak's drafts — the Cardinals' 2009 draft, which included Shelby Miller, Joe Kelly, Matt Carpenter, Trevor Rosenthal and Matt Adams, is one of the best in recent history.