12:20pm: The Marlins have announced the re-signing of outfielder Ichiro Suzuki today, as MLB.com’s Joe Frisaro first reported on Twitter. The John Boggs client will receive a $2MM guarantee, per Clark Spencer of the Miami Herald (via Twitter). 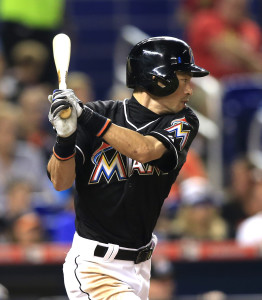 A reunion had largely been expected, and it seems that the sides chose to accomplish that by reaching agreement before the likely future Hall-of-Famer hit the open market. It’s not uncommon to see late-career veterans reach extension agreements of this kind when a mutually agreeable situation is at hand.

The club will probably look to give the 41-year-old somewhat less action in 2016 than he did this past season. With Giancarlo Stanton injured and Marcell Ozuna spending time in the minors, Ichiro ended up taking 438 plate appearances and playing in all but nine of the team’s games. That greater-than-anticipated usage did, however, allow the Japanese great to rack up some additional hits, leaving him just 65 shy of the 3,000-hit mark at season’s end.

Miami obviously likes Ichiro’s presence, and his milestone pursuit is not without its appeal. And he still rates as at least a league-average defender and baserunner. But things did not go so well on the offensive side of the equation, as he slashed an anemic .229/.282/.279 on the year for 2015.

That represents a drop off from an already-downward trend, as Ichiro has been consistently below average with the bat since the start of 2011. He was at least serviceable in 2014, earning him a one-year deal with a $2MM base guarantee and a variety of incentives. The Fish will hope that he can return to that level of offensive production (87 wRC+), though that could be the best-case scenario at this point.