Indians skipper Terry Francona and Dodgers manager Dave Roberts have been named Manager of the Year in their respective leagues, the Baseball Writers’ Association of America announced tonight. It should be noted that voting is conducted prior to the playoffs, meaning their teams’ postseason performances aren’t factored into the decision. 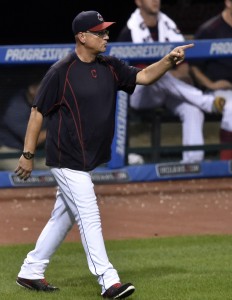 Francona, 57, guided the Indians their fourth straight winning season since coming on board as the team’s skipper prior to the 2013 season. Cleveland went 94-67 under Francona’s watch this year, running away with the American League Central division by a margin of eight games. Cleveland’s terrific season was all the more impressive due to the fact that the team’s best player from 2014-15, Michael Brantley, played in just 11 games due to difficulties recovering from offseason shoulder surgery. Francona also dealt with late injuries to Carlos Carrasco, Danny Salazar and Yan Gomes down the stretch as the team made its final push to the playoffs. That performance led Francona to receive 22 of the 30 first-place votes from the BBWAA. Rangers manager Jeff Banister (four), Orioles manager Buck Showalter (two) and Red Sox manager John Farrell (two) also received first-place votes (link to full voting breakdown).

This marks Francona’s second Manager of the Year Award in just four years with Cleveland, as he also took home the honor in 2013 — his first season with the team. His efforts have already been rewarded, as Cleveland announced shortly after the World Series that the 2019 and 2020 club options on Francona’s contract have already been exercised four years in advance. 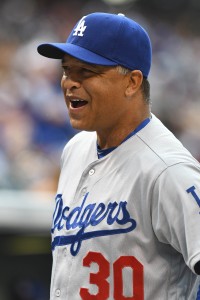 The 44-year-old Roberts takes home the honor in his first full season as a manager, having guided the Dodgers to a 91-71 record and a National League West Division title despite a multitude of injuries throughout the rotation — including a two-month absence from ace Clayton Kershaw. Fifteen different pitchers made starts for the Dodgers this year, with rookie Kenta Maeda starting a team-high 32 games and 20-year-old Julio Urias making the fourth-most starts at just 15. Prior to this season, Roberts had precisely one game of managing experience, stepping in for a single game with the 2015 Padres following the dismissal of Bud Black.