Iannetta will get a $300K signing bonus plus successive salaries of $3.45MM and $4MM, per Bob Nightengale of USA Today (via Twitter). The contract also includes a vesting/club option with a $5.25MM price and $750K buyout. It will vest if Iannetta starts at least 220 total games over the next two seasons

With the agreement, Iannetta becomes the second backstop to take home a multi-year deal this winter. Welington Castillo previously wrapped up a two-year, $15MM arrangement with the White Sox. Unsurprisingly, Iannetta settles for somewhat less, but still gets a large bump over last year’s $1.5MM salary. 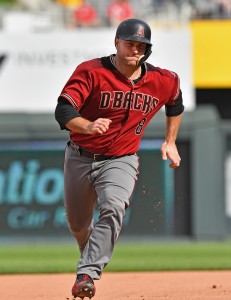 The Rockies got a good look at Iannetta last year, as he appeared in 89 games for the division-rival Diamondbacks. Iannetta thrived in that half-time role, posting an excellent .254/.354/.511 batting line and launching 17 home runs in his 316 plate appearances. He continued to draw walks at a solid clip (11.7%) and made up for a career-worst 27.5% strikeout rate by posting a personal-high .257 isolated slugging mark.

Of course, Iannetta will also turn 35 just days into the 2018 season. And some regression is almost surely in the cards, though it’s fair to note that he has produced at the same level as recently as 2014 — though he also oversaw two mediocre seasons at the plate in the interim. Iannetta’s framing numbers have ridden much the same roller coaster in recent years.

The move represents a return to where it all began for Iannetta, who was drafted and developed by the Rockies. He now figures to occupy a significant portion of the organization’s playing time behind the dish. Perhaps the move does not fully eliminate the Rox as a suitor for Jonathan Lucroy, but it does make it quite a bit less likely that Lucroy will return to Colorado. The team could choose to pair Iannetta with one of its existing catchers, Tony Wolters or Tom Murphy, leaving some untapped resources free to pursue upgrades in other areas.