George Springer enters his second year of arbitration eligibility (as a Super Two player) having compiled a solid .283 average to go along with 34 home runs and 85 runs batted in in 2017. As a result, he is projected for a $5MM raise to take him up to an $8.9MM salary in 2018. 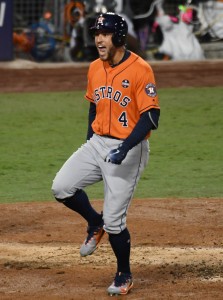 One thing complicating Springer’s case is something that could affect a great number of cases this year—the high home run level throughout the league. This past season set a league record with 6,105 total home runs, which represented a 26 percent increase over the league average from the previous five seasons. As such, when examining players with similar totals over that five-year span, there’s no way of knowing whether an arbitration panel (or teams and agents that are negotiating in the shadow of what an arbitration panel would say) would treat home runs from Springer the same as they would in an environment when home runs were less prolific.

My model does not adjust for league run environment in this way; rather, the data has shown that run environment has not historically been a significant component in the arbitration process. Hitters in high-scoring years benefit from being compared to hitters in lower-scoring years, and pitchers in low-scoring years benefit from being compared to pitchers in high-scoring years. Springer could potentially be treated by a panel (or negotiated with in the shadow of what such a panel would say) as someone who hit closer to 26 home runs than someone with 34. But even still, his list of comparables shows solid earning potential.

Machado is a more obvious ceiling because his numbers are not inflated by Coors Field, and he hit substantially more home runs than Blackmon in 2016. Blackmon might serve as a floor in Springer’s case due to the fact that he hit fewer balls into the seats, despite playing in Coors. However, his high batting average could make him more favorable at the same time. In the end, I think Springer might be closer to Blackmon than he is to Machado.

Few other players really show up as decent comparables, especially when limiting the field to those who did not sign multi-year deals. Looking to a statistical comparable that did sign a multi-year deal, J.D. Martinez signed a two-year contract covering 2016-17 which included a $3MM raise in the first year of the pact. It also was preceded by an exchange of figures in which Martinez asked for a $4.25MM raise, while the Tigers countered with an offer of a $2.25MM raise. Considering Martinez’s .282, 38 homers and 102 RBIs in the platform season for that two-year deal, this could suggest a lower number for Springer.

I am guessing Springer ends up closer to a $4MM raise than $5MM based on the cases of Blackmon and Martinez. But with little comparability and the uncertainty of how a panel will consider the relevance of Coors Field or Martinez’s multi-year deal, Springer may be able to land closer to that $5MM raise. This would still be south of Machado’s $6.5MM raise but would safely beat the other two players.