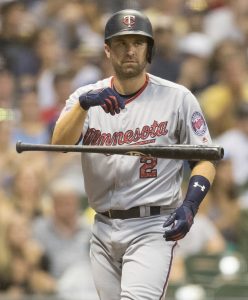 Dozier, an impending free agent, is struggling mightily with the bat this season after posting four consecutive years of above-average offensive performance.  Dozier was a star from 2016-17, with his 11.2 wins above replacement trailing only Jose Altuve among second basemen.  Though potential suitors like the Red Sox, Brewers, Phillies, Dodgers, and Diamondbacks have acquired other infielders, the Giants and Indians were linked to Dozier by Mike Berardino of the St. Paul Pioneer Press on Saturday.

The Twins’ pursuit of a possible trade suggests a reluctance to make a qualifying offer to Dozier after the season (possibly in the $18MM range), or at least a sense that they feel they can acquire players superior to the potential draft pick they could receive as compensation.  That draft pick could be after Competitive Balance Round B, if Dozier signs elsewhere for less than $50MM.  Such a draft pick could be in the range of #75 overall.