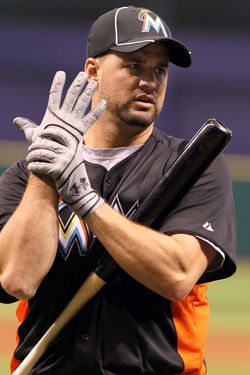 Hernandez, 24, appeared in 25 games for the Pirates this year, playing all three outfield positions and collecting his first two hits as a Major Leaguer. The former top prospect has a .281/.343/.377 batting line in seven minor league seasons. Hernandez was traded to Pittsburgh along with Jeff Locke and Charlie Morton three years ago in the Nate McLouth trade.

The Marlins are tentatively going to obtain the 33rd overall pick in the draft from Pittsburgh, Jim Callis of Baseball America reports (on Twitter). MLB recommended a bonus of $1.525MM for the 33rd overall selection this year.