Despite ranking as one of the best closers in baseball from 2007-10, Joakim Soria will try his hand at setting up Joe Nathan in 2013.  Soria, 28, officially signed a two-year, $8MM deal with the Rangers today.  The contract includes a club option for 2015.  The longtime Royals closer had Tommy John surgery in April, and the team declined his $8MM club option.  Soria is represented by Oscar Suarez. 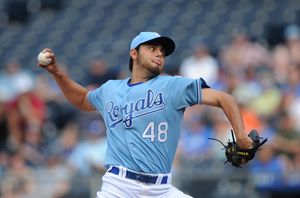 The Angels, Reds, and Red Sox are among the other teams that expressed interest in Soria, who ranked 37th on MLBTR's top 50 free agents list.