After seeing their attendance totals essentially cut in half from 2001 to 2013, the Mariners have made a the biggest move in club history. On Thursday, Seattle officially announced the franchise-altering signing of Robinson Cano. The contract is reportedly a ten-year, $240MM contract that will pay Cano $24MM annually with no deferrals. Negotiated by CAA's Brodie Van Wagenen and Jay-Z of Roc Nation Sports, Cano's contract ties Albert Pujols for the third-largest deal in Major League history. Cano will also receive a full no-trade clause as part of the deal. 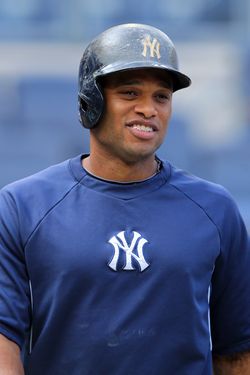 Shortly before the agreement was reached, reports indicated that the talks had crumbled after Jay-Z upped his request to ten years and $252MM when the Mariners were prepared to offer nine years and $225MM. The two sides appear to have reached a middle ground, with Cano's camp dropping by $12MM and the Mariners agreeing to add a tenth season at $15MM. Seattle's first-round draft pick is protected, meaning that GM Jack Zduriencik will only have to forfeit his second-round pick in order to bring Cano to the Emerald City.

By joining the Mariners, Cano likely displaces one of Brad Miller or Nick Franklin. Miller impressed by batting .265/.318/.418 with eight homers in 335 plate apperances and playing solid defense at shortstop as a 24-year-old rookie in 2013. Though Franklin entered the season with more prospect hype, he wilted down the stretch and finished with just a .225/.303/.382 batting line. The 22-year-old Franklin spent nearly all of his time at second base this season (he played just 20 innings at shortstop), so it would seem that he is more likely to be the one who is displaced by Seattle's blockbuster addition.

MLBTR's Jeff Todd recently examined the future payroll obligations of all 30 Major League teams — a study that showed the Mariners to be one of the best-equipped teams to accommodate a mega-deal of this nature. The only other players that the Mariners have signed beyond the 2014 season are ace Felix Hernandez and utility man Willie Bloomquist, who is a free agent following a 2015 campaign in which he earns $3MM. Despite the historic nature of this deal, the M's still have an annual commitment of roughly $50MM in the 2016-19 seasons — the years in which the Cano and Hernandez contracts overlap. That should leave some room for further long-term additions this winter.

For the Yankees, the departure of Cano leaves a gaping hole at second base. They've added a bit of insurance in the form of Kelly Johnson but will almost certainly require a further upgrade. Omar Infante is the top free agent option, but the trade market presents additional options. Howie Kendrick and Brandon Phillips are said to be available, and the somewhat ironic scenario of a Franklin-to-New York trade at least seems conceivable. Cano's enormous sum is just $2MM more than the combined $238MM that the Yankees paid to sign Brian McCann (five years, $85MM) and Jacoby Ellsbury (seven years, $153MM). I noted the similarity in that $238MM spend and the rumored $240MM figure for Cano on Twitter yesterday, and Jeff Todd chimed, in noting that the Yankees have diversified their risk and committed fewer years for the same amount of money.

In my free agent profile for Cano, I projected a nine-year, $234MM contract. Cano, Jay-Z and Brodie Van Wagenen of CAA Sports deserve tremendous praise for securing a contract that ties for the third-largest of all-time and topping most pundits' expectations. Cano's deal serves as a reminder that even when a top free agent appears to have few suitors, the market will typically materialize eventually, leading to a larger contract than appears likely at the onset of the offseason.

Enrique Rojas of ESPN Deportes was the first to report that the Mariners and Cano had a ten-year, $240MM agreement in place (Spanish link). Jon Heyman of CBS Sports first tweeted that the two sides were nearing a deal. Jim Bowden of ESPN and MLB Network Radio first reported the full no-trade clause and the annual $24MM salary (Twitter links).