2:32pm: The Indians are paying the entirety of the $3.33MM remaining on Cabrera’s deal, tweets MLB.com’s Jordan Bastian, who says that Cleveland is very high on Walters.

2:21pm: The Nationals have officially announced the acquisition of shortstop Asdrubal Cabrera from the Indians in exchange for  infielder Zach Walters and cash considerations. 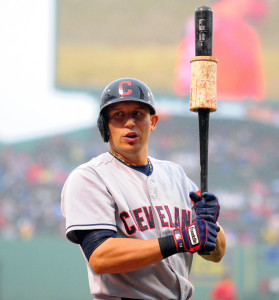 The 28-year-old Cabrera is hitting .246/.305/.386 with nine homers and seven steals on the season. While defensive metrics have never liked his glovework at shortstop, his bat is above average for the position, and he could fill in for the Nationals at second base, with Anthony Rendon sliding back over to third base on a full-time basis in the wake of Ryan Zimmerman’s injury.

The 24-year-old Walters entered the season as Washington’s No. 14 prospect, per Baseball America. He received a brief promotion to the Majors but didn’t capitalize on his time there, hitting just .205/.279/.462 in 43 plate appearances. While he did belt three homers, he also whiffed 16 times in that small sample. BA praised his raw power but questioned his plate discipline and noted a high number of seemingly careless throwing errors. While he has a chance to stick at shortstop with some offensive upside, BA feels he likely profiles as a utility infielder that can fill in at various positions.

Paul Hoynes of the Cleveland Plain Dealer first reported that Cabrera had been traded (Twitter link). MLB.com’s Jordan Bastian added that the Nats were his destination (Twitter link).  Hoynes then tweeted Walters was going to Cleveland, and ESPN’s Buster Olney tweeted details on the cash considerations.