The Orioles have issued an announcement of the 1-for-1 swap of lefties. Baltimore will acquire Red Sox reliever Andrew Miller, as Jerry Crasnick of ESPN.com first reported (via Twitter).

In return, Boston has picked up left-handed pitching prospect Eduardo Rodriguez, per a tweet from Roch Kubatko of MASNsports.com. Sean McAdam of CSNNE.com (via Twitter) first reported that a young arm was included in the deal. 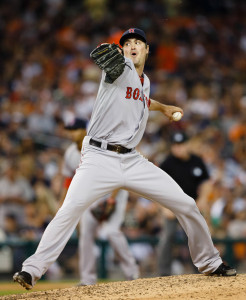 Rodriguez represents a significant return for Boston on Miller, who emerged as the most sought-after left-handed reliever but is set to reach free agency at year’s end. He had been nothing short of dominant this year, posting 14.7 K/9 against 2.8 BB/9 and generating a 52.5% groundball rate.

Rodriguez came into the year as Baltimore’s 3rd-best overall prospect, per Baseball America. The 21-year-old has not taken a step forward at Double-A, however, as he owns a 4.79 ERA with 7.5 K/9 against 3.2 BB/9 through 82 2/3 innings on the year. Though he profiles more as a middle-of-the-rotation arm, Rodriguez had been on a fast track to the big leagues and still has plenty of value.