3:17pm: Sean McAdam of CSNNE.com tweets that the Yankees will pay nearly all of the nearly $5MM that remains on Drew’s deal. Joel Sherman of the New York Post tweets that Drew will play second base for the Yankees. 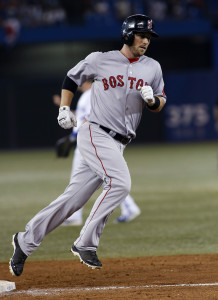 The 31-year-old Drew was linked to the Yankees for much of the offseason but elected to wait until midseason before signing a one-year deal worth the pro-rated verstion of the $14.1MM qualifying offer which he rejected. His return to Boston hasn’t gone well, as he’s slashed just .176/.255/.328 in 145 plate appearances. D

rew’s bat has picked up over the past two weeks, as he’s hit .267/.377/.511 with a pair of homers, but the overall numbers still look grim. He seems likely to see time at some combination of second base and third base, with Derek Jeter still manning shortstop. Drew is a free agent at season’s end and cannot receive a qualifying offer.

The departure of Drew will allow the Red Sox to shift Xander Bogaerts back over to shortstop, while Johnson can serve as a stopgap at third base while Will Middlebrooks heals from an injury.