YESTERDAY, 12:36pm: Lowe’s contract will guarantee him a hefty $13MM — $6.5MM per year — over the life of the contract, reports Ken Rosenthal of FOX Sports (Twitter link). That’s quite a raise for a player who inked a minor league pact last offseason.

8:35am: The Tigers are in agreement with right-hander Mark Lowe on a two-year contract to join the team as a setup man, reports Jon Heyman of CBS Sports (via Twitter). Last night, Jerry Crasnick of ESPN.com was the first to break that the Tigers were discussing and, in fact, nearing the completion of a two-year deal with the Frye McCann Sports client. 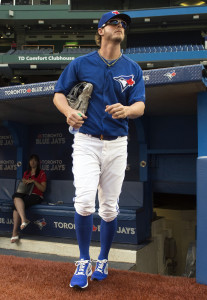 Lowe, 32, revived his career in 2015 with an outstanding season. While he was much stronger in Seattle, prior to being traded to the Blue Jays, the veteran reliever was solid all throughout the year. Lowe pitched to an even 1.00 ERA with a dazzling 47-to-11 K/BB ratio in 36 innings with Seattle, prompting the Blue Jays to acquire in him late July. He logged a 3.79 ERA with the AL East champs, striking out 14 against just one walk in 19 innings of regular season work. All told, Lowe posted an excellent 1.96 ERA with 10.0 K/9, 2.0 BB/9 and a 40.3 percent ground-ball rate in the regular season before yielding a pair of earned runs in 4 2/3 postseason frames.

As MLBTR’s Jeff Todd noted last night when Crasnick first reported news of the near-agreement, Lowe’s success was largely attributable to a revitalized fastball which averaged 95.5 mph — his highest mark since 2011. The increased life on his fastball improved the results of Lowe’s slider, as Eno Sarris explained at Fangraphs, leading to markedly better results across the board.

The Tigers will hope that Lowe’s restored velocity — and thus his overall resurgence — is sustainable. He should step into the Detroit bullpen as one of the top (if not the top) setup option for recently acquired closer Francisco Rodriguez, perhaps alongside hard-throwing Bruce Rondon and Alex Wilson, who enjoyed a breakout in 2015. Lowe will, ideally, serve as an upgrade over the talented but control-challenged Al Alburquerque, who was non-tendered by the Tigers last week. If Lowe, Rondon, Wilson and Rodriguez all pitch to their capabilities, the Tigers will have an impressive group of right-handed arms to rely upon late in games. Further bullpen additions, though, shouldn’t be ruled out. In particular, a left-handed relief option would seem to be a prudent add; Blaine Hardy, Kyle Ryan and Kyle Lobstein presently represent the most experienced left-handed relief options at the back of manager Brad Ausmus’ bullpen.