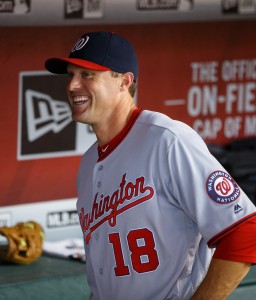 After its bullpen finished 2016 with the majors’ fifth-worst ERA and eighth-worst fWAR, rebuilding Minnesota has spent the past few months searching for capable relievers. Belisle, who’s coming off a terrific campaign with the Nationals, is the Twins’ first notable bullpen addition of the offseason. The 36-year-old yielded a minuscule 1.76 ERA in 46 innings, compiled 6.26 K/9 against 1.37 BB/9 and posted a 47.2 percent ground-ball rate in 2016.

The Twins will be the sixth major league team for Belisle, who spent time as both a starter and reliever with the Reds between 2003-08 before a six-year run in Colorado from 2009-14. Belisle was eminently reliable from 2010-12; at his best in Colorado, he tossed a career-high 92 innings of 2.93 ERA pitching and logged 8.9 K/9 against 1.57 BB/9 in 2010. He’ll now aim for another successful year in Minnesota, which will add Belisle to a late-game mix that will also feature the likes of Brandon Kintzler, the currently rehabbing Glen Perkins, Ryan Pressly and Trevor May, among others.

Given that the Twins don’t figure to contend for a playoff spot in 2017, Belisle could find himself on the move around the summer trade deadline if he fares well over the first few months of the season.