Torey Lovullo of the Diamondbacks and Paul Molitor of the Twins have been named Manager of the Year in their respective leagues, the Baseball Writers Association of America announced on Tuesday. As a reminder, voting was conducted prior to the postseason, so the results of the playoffs had no bearing on the award’s recipients. 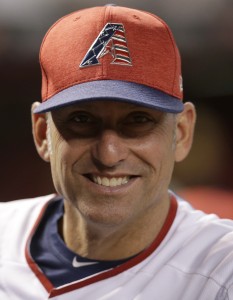 Lovullo, 52, wins NL Manager of the Year honors in his first season as a big league manager. Lovullo inherited a club that went 69-93 in 2016 but was able to help the D-backs flip that record to 93 wins and 69 losses. Lovullo’s D-backs claimed the top Wild Card spot in the National League and remained competitive throughout the season, even as center fielder A.J. Pollock missed nearly two months on the disabled list and Shelby Miller missed nearly the entire season due to Tommy John surgery. 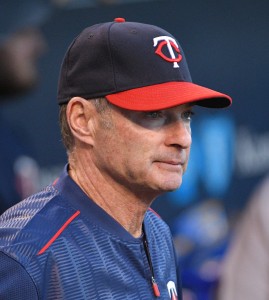 Molitor’s Twins became the first club in Major League history to go from a 100-loss season to a playoff berth when they secured the second American League Wild Card spot. The Twins surprisingly led the American League Central for much of the first half before sliding into the middle of pack and looking to have largely fallen out of contention at the non-waiver trade deadline. Minnesota dealt closer Brandon Kintzler to the Nationals and left-hander Jaime Garcia to the Yankees after dropping six of seven games (while the red-hot Indians and Royals soared to the top of the division), but Molitor’s club proved to be resilient.

From Aug. 1 through season’s end, the Twins went 35-24 as a number of their young talents surged in the second half. Byron Buxton, Jorge Polanco and Eddie Rosario surged over the final couple of months, helping the Twins to fend off an Angels club that remained in contention for a Wild Card spot into the last week of the season.