1:15pm: The Braves have formally announced the signing and (unlike most clubs) confirmed the terms of the contract in their press release. Their 40-man roster is now up to 38 players.

11:18am: The Braves have struck a one-year deal with lefty Cole Hamels, per ESPN.com’s Jeff Passan (via Twitter). It’s said to include a $18MM guarantee for the John Boggs client. 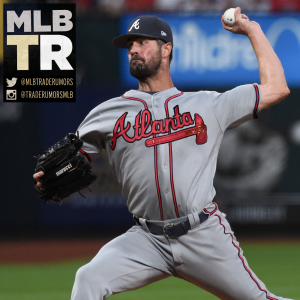 Hamels can still get the job done as he closes in on his 36th birthday. Despite losing more than a full tick on his fastball from 2018-2019, he generated swings and misses at close to a twelve percent rate — much as he has done throughout his 14-year career. Since landing with the Cubs in the second half of the 2018 campaign, Hamels has spun 218 innings of 3.30 ERA ball over 39 starts while maintaining 9.0 K/9 and 3.3 BB/9.

This match has long made sense — for all the reasons the team decided last year to ink fellow veteran southpaw Dallas Keuchel to a rental contract. MLBTR predicted Hamels to land in Atlanta in our ranking of the top fifty free agents.

Entering the winter, we believed Hamels could command a two-year deal at a $15MM AAV. But it emerged soon after the market opened that the veteran southpaw actually preferred a single-season mercenary arrangement. That’s just what he’ll get, and he’ll command a bit of a salary premium by foregoing any long-term security.

Hamels drew widespread interest over the past month. That continued into the month of December, with Bob Nightengale reporting (Twitter link) that a half-dozen organizations were still involved as of yesterday. The Phillies, White Sox, Rangers, and — surprisingly — the Giants were among the teams in the market until the end, per the report.

That Philadelphia link only further increases the NL East intrigue that we’re bound to see in 2020. While he is a few years removed from his tenure with the Phils, Hamels will always be known first and foremost as a long-time Phillies hurler who was one of the team’s key players during its last run of success.

Now, Hamels will try to help the Braves get over the hump. The Atlanta org has won the past two division crowns, but hasn’t yet managed to translate that success into the postseason. Hamels promises to step in for Keuchel as a durable veteran who has been there and done that plenty of times over a long and prosperous career.

This is the latest early strike for the Braves, who have already ticked through quite a few items on the checklist before the Winter Meetings even kick off. Hamels isn’t the top-of-the-rotation arm that might be preferred, but his addition doesn’t preclude further adds. For now, though, the focus will likely remain on re-signing or replacing third baseman Josh Donaldson.