The Marlins have acquired infielder Jonathan Villar from the Orioles, as Craig Mish of MLB Network first reported (via Twitter). Lefty Easton Lucas is going back in return. 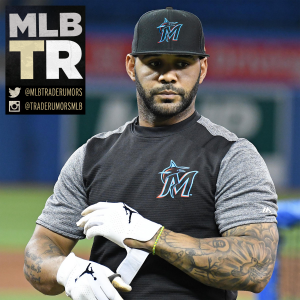 The Marlins have designated JT Riddle and Tayron Guerrero to create roster space. Previously dropped from the Baltimore 40-man, Villar was projected by MLBTR to earn $10.4MM in arbitration.

Villar enters his final season of arbitration control, so he’s not necessarily a long-term asset for the rebuilding Marlins. That said, it’s not hard to understand the thought process here. Villar has been a productive player the past few seasons, especially in 2019. Last year, he slashed .273/.339/.453 (107 wRC+) while playing in all 162 games for Baltimore. He started 158 of them somewhere on the middle infield. Between that durability, defensive profile and offense (bolstered by elite baserunning), Villar was worth exactly 4 wins above replacement, per Fangraphs. Finding that level of player for around $10MM isn’t easy.

Miami has Miguel Rojas and prospect Isan Díaz ticketed for much of the club’s middle infield work, so it’ll be interesting to see how manager Don Mattingly deploys Villar. Rojas, while a gifted defender, has never hit much, so it’s possible he’ll take on more of a utility role with Villar in the fold. It’d be a bit more surprising to see Villar cut into Díaz’s playing time. Speculatively, though, Díaz has faced some questions about his ability to stick at second base coming up through the minors. Perhaps Miami could look to expose him to other positions as they identify who shapes up as a long-term piece.

Riddle and Guerrero, meanwhile, will head out to make way for Villar and Jesus Aguilar, who was acquired from Tampa Bay on waivers. Riddle, a 28-year-old infielder, has never hit in parts of three seasons in Miami, combining for a .229/.269/.368 slash over 718 plate appearances. Guerrero, also 28, flashed power stuff out of the bullpen but never got quite as many swings and misses as one might expect. With an untenable 13.6% career walk rate, he ran out of leash in Miami.

It’s possible Villar and Aguilar could themselves wind up as trade candidates next season. If they produce, Miami could be motivated to flip them off to a team more positioned to contend in the short-term. Given the low acquisition costs of today’s moves, it’s hard to question the logic.

In Lucas, Baltimore brings aboard a recent 14th round pick out of Pepperdine. GM Mike Elias voiced an expectation that Lucas could someday mature into a back-end starter  (via Roch Kubatko of MASN), but he was not rated among the Marlins’ top prospects. Instead, the decision to waive, and eventually trade, Villar seems motivated almost entirely by a desire to clear his projected salary off the books.