Kolten Wong is staying in the NL Central, but the longtime Cardinals second baseman will don a new jersey. The Brewers announced Friday that they’ve signed Wong to a two-year contract with a club option for a third season. The PSI Sports Management client will reportedly be guaranteed $18MM on the deal, and the club option would push the total to $26MM, if exercised. 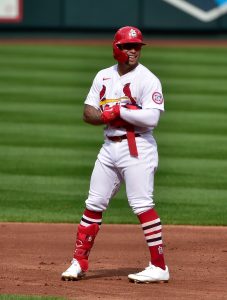 Milwaukee is plenty familiar with Wong, 30, after he spent the past eight seasons with the Cardinals — mostly as their everyday second baseman. He hit the open market earlier this winter after the Cards declined a $12.5MM club option in favor of a $1.5MM buyout — a decision that surprised many of their fans. Wong had an up-and-down tenure with the Cardinals early in his career, but he’s been a mainstay in the lineup since late in the 2016 season.

Over the past four seasons, Wong has settled in as a roughly league-average offensive performer, with much of his offensive value coming through a keen eye at the plate. He’s a .273/.356/.398 hitter in that time and has added some value on the bases as well, swiping 43 bags in 56 tries (77 percent).

Where Wong truly shines, of course, is with the glove. He’s established himself as the game’s premier defender at his position, securing Gold Glove wins in each of the past two seasons and standing out as the runaway leader at second base in Defensive Runs Saved in recent years. In fact, over the past three years, Wong’s 41 Defensive Runs Saved are the fourth-most for any player at any position in all of Major League Baseball. Ultimate Zone Rating and Outs Above Average are similarly bullish on his glovework in that time.

With the Brewers, Wong will surely slot in as the everyday option at second base due to that defensive wizardry. That will displace Keston Hiura, but he’s more of an offensive-minded player with questions about his defense at second base anyhow (-13 DRS in 1085 career innings).

There’s been talk of getting Hiura some work at first base in the past, and a deal with Wong figures to push Hiura there on a a near-everyday basis. The Brewers don’t have a set option at first beyond journeyman Daniel Vogelbach, who hit well for them in a small sample of 2020 at-bats but was also designated for assignment by a pair of clubs prior to landing in Milwaukee. His grasp on the job wasn’t exactly strong, and he’ll now likely be used as a bench bat, spot starter at first base and designated hitter during interleague play.

Prior to signing Wong, Milwaukee projected to carry about an $85MM payroll, per Roster Resource’s Jason Martinez. Wong’s $9MM salary still won’t bring them to the $97MM they’d have opened with in 2020 (prior to prorating), and the Brewers’ payroll is still nearly $40MM shy of their 2018 payroll levels. With Jurickson Profar, Enrique Hernandez and Tommy La Stella all commanding $6.5MMM to $7MM annually on multi-year deals, it seems Wong was intent on setting himself apart from the pack in terms of annual value, which he managed to do on his new deal.

Serious talks between the two sides were first reported by Ken Rosenthal of The Athletic (Twitter link). MLB.com’s Jon Morosi reported that an agreement was in place, and Rosenthal then broke the terms of the deal.