10:28am: The Red Sox have signed left-handed reliever Joely Rodriguez to a one-year deal with a club option for the 2024 season, per a team announcement. Rodriguez, a client of L.A. Sports Management, will be guaranteed $2MM in the form of a $1.5MM salary in 2023 and a $500K buyout on a $4.25MM club option for the 2024 campaign, Chad Jennings of The Athletic reports (via Twitter).

MassLive.com’s Chris Cotillo tweets that Rodriguez can earn up to $2MM of bonuses based on time spent on the active roster in 2023, plus $250K in each season of the deal based on games pitched. In all, it can max out at $8.25MM over a two-year term. Boston’s 40-man roster is now up to 39 players. 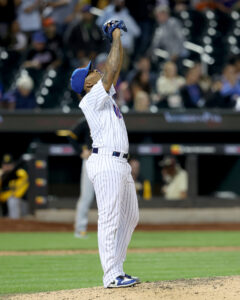 Originally signed out of the Dominican Republic by the Pirates as a teenager back in 2009, Rodriguez bounced to four different organizations before signing with the Chunichi Dragons of Japan’s Nippon Professional Baseball prior to the 2018 season. A strong two-year run with the Dragons (1.85 ERA in 87 2/3 innings) landed Rodriguez a big league deal to return to the Rangers.

Twice traded since that time, the now-31-year-old Rodriguez has spent a season with Texas and both New York clubs, pitching to a combined 4.28 ERA but more encouraging secondary marks. He’s averaged 94 mph on his heater, punched out an above-average 25.5% of his opponents and logged a huge 55.7% ground-ball rate. Despite a higher-than-average 10.3% walk rate, fielding-independent metrics like FIP (3.14) and SIERA (3.51) all feel that Rodriguez has pitched a fair bit better than his more rudimentary ERA would otherwise indicate.

In particular, Rodriguez has excelled at limiting hard contact. Last year’s paltry 85.3 mph average exit velocity, 3.8% barrel rate and 31.8% hard-hit rate were all among the lowest marks in the league. Statcast ranked each in the 91st percentile or better among big league pitchers. Rodriguez carried a notable platoon split with the Yankees in 2021 but, upon ramping up his usage of a sinker/changeup combination (at the expense of most of his four-seamers and sliders) was generally tough on lefties and righties alike in 2022. Left-handers hit .233/.320/.326 against him, while righties were actually even worse, at .220/.325/.300.

If Rodriguez can sustain those gains against right-handed opponents and simultaneously rein in his command a bit — he walked 12% of hitters in 2022 but just 8.7% in 2021 — there’s potential for him to elevate his profile and prove to be a quality bargain on this relatively modest deal.

Rodriguez will step into a Boston bullpen that had otherwise been slated to include just one lefty: Josh Taylor. It’s possible that Darwinzon Hernandez or one of recently selected Chris Murphy and Brandon Walter could eventually work their way into the mix, but left-handed bullpen help was a fairly clear area of need for the Sox. They’ve now made at least one move to address that — though others could certainly transpire — and done so in affordable fashion. With Rodriguez on the books, Boston’s payroll sits at a projected $133.8MM, while their luxury-tax ledger is just north of $153MM.