Here’s the latest out of Milwaukee…

Freshly appointed Brewers general manager David Stearns held court with the media at Petco Park today, and Tom Haudricourt of the Milwaukee Journal-Sentinel runs down a number of the topics addressed by Stearns. Perhaps most notably, Stearns characterized his first impressions of manager Craig Counsell as positive. Building a relationship with Counsell is one of the first things on Stearns’ to-do list as GM. “It’s an enormous relationship, and it needs to be a relationship that has mutual respect and mutual trust,” said Stearns of the manager-GM dynamic. “So far, we’ve gotten along very well. … Throughout the entire industry, Craig has a very positive reputation. It was also clear that he was held in high regard within the organization and up through ownership.”

A bit more from Stearns and the game’s Central divisions…

If newly minted Brewers GM David Stearns elects to keep Craig Counsell in the manager’s role, the two appear to be a very good fit with one another on the surface, writes David Laurila of Fangraphs. Laurila spoke to Counsell recently about how his time working in the Brewers’ front office gave him an appreciation of analytics and how his years working with Doug Melvin have made him receptive to input from the front office. “Part of what working in the office did for me was provide a lot of exposure to the analytics side,” said Counsell. “That was valuable, because every day it plays a part in your decision-making. You’re challenged by what your eyes are telling you, you’re challenged by what the information is telling you, and you strike a balance. That’s managing. … [A] great thing about working in the front office was that it gave me a different perspective. You see the game differently. When you’re in the forest every day, you always don’t see it.” The entire interview is well worth a read, as Counsell offers an insightful, forward-thinking take on the evolving role of a manager and the incorporation of data and analytical information into his job.

A few more notes from the league’s toughest division…

Starlin Castro has lost his starting shortstop job to Addison Russell and is now facing a move to (or even a platoon role at) second base, but Castro is positive about his new position.  “Whatever helps the team win.  We don’t think about (ourselves). We think about us as a team,” Castro told reporters, including CBS Chicago’s Bruce Levine.  “I just want to play.  I just want be in the lineup. It does not matter if it’s at second or shortstop.”  While there has been lots of speculation about Castro’s future with the Cubs, his agent Paul Kinzer said that “sometimes a change can help everyone.  When a team goes in a different direction, there are opportunities elsewhere. In that case, it doesn’t make anybody the bad guy. Starlin would hate to leave Chicago. The one thing he is adamant about is being a team player and not becoming a distraction to this very good team.”

The Brewers announced late last night that they’ve relieved manager Rob Roenicke of his duties, and shortly after, Ken Rosenthal of FOX Sports reported that longtime Major League infielder Craig Counsell, who has been serving as a special assistant to GM Doug Melvin, would be tabbed as the new skipper in Milwaukee. The club took home a tough-fought win tonight in Counsell’s first game at the helm.

Here are some notes arising out of the switch…

10:20am: The Brewers have officially announced the hiring of Counsell to a three-year contract that runs through the 2017 season. In a statement within the press release announcing the move, Melvin offered the following statement on his new manager:

“Craig has many years of Major League playing experience, and his three-plus years of learning all aspects of baseball operations helps prepare him for this managerial position. There will be challenges, but Craig has never shied away from leadership responsibilities on the field as a player or in his most recent role. I believe his on-field success as a player and his awareness for preparation should resonate in the clubhouse. Growing up in Milwaukee, it is very important for him to bring a winning culture and team success to Brewers fans.”

MAY 4, 7:26am: The Brewers view Counsell as a long-term replacement and will give him a multi-year contract, reports Bob Nightengale of USA Today (via Twitter).

MAY 3: The Brewers will hire Craig Counsell as their next manager, Ken Rosenthal of FOX Sports tweets. The team announced the firing of Ron Roenicke Sunday night and will formally announce their new hire Monday morning. 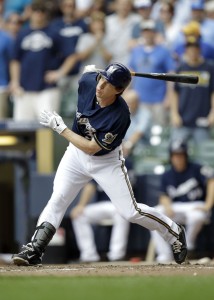 Counsell is currently a special assistant to Brewers GM Doug Melvin. He was a finalist for the Rays managerial job this past offseason, but he withdrew his name from consideration in order to stay on with the Milwaukee front office, where he has worked with the Brewers front office since retiring as a player.

Counsell has no managerial experience, although he’s regarded well enough in the industry to have been considered not only for the Rays job, but for the Red Sox’ hitting coach position, for which he interviewed in 2012. He is far from the first manager to be hired without prior experience, as there’s been a growing trend of hiring rookie managers in recent years. Paul Molitor (Twins), Kevin Cash (Rays), Walt Weiss (Rockies), Mike Matheny (Cardinals), Bryan Price (Reds) and Brad Ausmus (Tigers) are all examples of recent hires that had no prior experience as a manager in the Majors or Minor Leagues.

Counsell will inherit a Brewers team that got off to a poor 7-18 start. Melvin has suggested the Brewers could begin trading veteran players in an effort to rebuild, a process Counsell evidently would then oversee.

Two-time Cy Young winner Bret Saberhagen is looking to get back into Major League Baseball as either a pitching coach or bullpen coach, reports MLBTR’s Zach Links (on Twitter). The 50-year-old Saberhagen enjoyed an excellent 16-year career with the Royals, Mets, Red Sox and Rockies, pitching to a 167-117 record with a 3.34 ERA and 1,715 strikeouts against just 471 walks in 2,562 2/3 innings. He was the MVP of the 1985 World Series as a 21-year-old — the same season in which he captured his first Cy Young.

Here are some more miscellaneous notes from around the league…

Blockbuster trades motivated by one team's desire for financial flexibility (AKA a salary dump) like the Marlins-Blue Jays deal or the Red Sox-Dodger swap are nothing new in baseball history. On this date in 1947, the St. Louis Browns and the Boston Red Sox began a two-day trading frenzy involving 13 players (four Browns and nine Red Sox) and the Browns receiving $375K (worth nearly $3.1MM in today's dollars). Here's the latest news, notes, and comments from the present-day American League:

Some links pertaining to the game's largest division…

Infielder Craig Counsell will retire as a ballplayer and join the Brewers' front office, tweets Scott Miller of CBS Sports.  The Wisconsin native is known for his quirky stance and involvement in the winning scoring plays of the 1997 and 2001 World Series.

Counsell spent most of his 16-year big league career at second base, third base, and shortstop, hitting .255/.342/.344 for the Rockies, Marlins, Dodgers, Diamondbacks, and Brewers.  According to Baseball-Reference, he earned almost $21MM along the way.