Here are the day’s minor moves from around baseball…

Angels closer Huston Street spoke with Ben Nicholson-Smith of Sportsnet.ca about his decision to ink a mid-season extension. Though he ultimately handed off the job of negotiating that deal to agent Alan Hendricks, much of the groundwork was laid by Street himself. He says the process was enjoyable, but noted that he learned from mistakes in how things were relayed to the media this spring. Street spoke at length about the compromises struck to reach the deal, explaining the “interesting crossroad to be fascinated by the money but also to not be driven by it at all.” 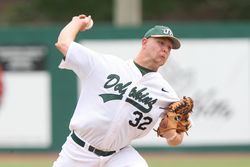 Yesterday was the first day of Major League Baseball's amateur draft, and the Astros kicked things off by selecting Houston native Mark Appel with the No. 1 overall pick. MLBTR covered the draft extensively last night; Zach Links kept track of the first round results as well as the results from the first competitive balance round, and I hosted a draft chat that ran for nearly four hours, covering the entirety of the first round. Here's more on the first day of the draft…