Today’s minor league moves from around the baseball world… 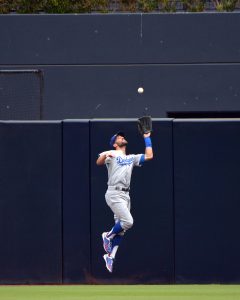 Here are some of the latest minor moves from around the game, as reported by Baseball America’s Matt Eddy, unless otherwise noted:

END_OF_DOCUMENT_TOKEN_TO_BE_REPLACED

The Padres have claimed righty Zach Lee off waivers from the Mariners, Seattle announced. He had recently been designated for assignment.

Once considered a top-100 prospect leaguewide, Lee’s star has waned in recent years. He was acquired last year from the Dodgers in the deal that sent infielder Chris Taylor to Los Angeles. Lee was originally taken in the back end of the first round of the 2010 draft, back when current San Diego front office man Logan White was running the Dodgers’ drafts, Dennis Lin of the San Diego Union-Tribune notes on Twitter.

In addition to confirming the signing of left-hander Marc Rzepczynski, the Mariners have inked right-hander Casey Fien to a major league contract, per a team announcement. To make room for those bullpen additions, Seattle has designated southpaw Dean Kiekhefer and righty Zach Lee for assignment.

Fien has a minor league option remaining, but if he earns a place on the Mariners’ roster, he’ll make $1.1MM, according to Bob Dutton of the Tacoma News Tribune (Twitter link). He’ll vie to join a relief group that, at least for now, also includes righty setup men in the injured Steve Cishek, Nick Vincent, Evan Scribner, Dan Altavilla and Arquimedes Caminero.

Lee, a former high-end prospect with the Dodgers, became a Mariner when they acquired him for infielder Chris Taylor last June. The 25-year-old Lee, who went in the first round of the 2010 draft, debuted in the big leagues with 4 2/3 frames as a member of the Dodgers in 2015. He spent last season at the Triple-A level and combined for 148 innings – 74 1/3 of which came with the Mariners’ affiliate in Tacoma. Lee struggled to a 7.39 ERA with the Rainiers, though his strikeout and walk rates per nine (6.05 and 2.91) weren’t nearly as ugly.

The Dodgers and Mariners announced a trade that will send infielder Chris Taylor to Los Angeles in exchange for righty Zach Lee.

Taylor, 25, has appeared in just three games at the MLB level this season but played in 84 games for the Mariners in 2014-15, hitting .239/.296/.296 over 253 plate appearances.  Taylor received quite a bit of playing time at shortstop due to Brad Miller’s struggles and injuries, though obviously he didn’t enough himself to gain a roster foothold before Ketel Marte took over the position.  A fifth-rounder in the 2012 draft, Taylor swung a powerful bat in the minors, hitting .314/.401/.455 over 1856 PA in the Seattle farm system.

The vast majority of Taylor’s Major League experience has come at short, though he has seen a significant amount of time at second in the minors, as well as a handful of games at third.  He can provide the Dodgers with some versatile infield depth at either the major or minor league level, though the team already has Enrique Hernandez and Howie Kendrick as multi-position assets on the roster.  Given Taylor’s impressive minor league numbers, it’s not out of the question that he could unlock some of that hitting prowess in the bigs.

Lee was a staple of top-100 prospect rankings after the Dodgers picked him 28th overall in the 2010 draft, agreeing to a $5.25MM bonus to choose baseball over playing football at LSU.  Over the years, Lee has often been mentioned as potential trade chip L.A. could use in many possible deals for big-name players, though his prospect stock dimmed after a rough 2014 season at Triple-A Albuquerque (in the notoriously hitter-friendly Pacific Coast League).  He rebounded with a good 2015 that saw him cut down on his homers and walks, though the long ball problems returned with a force this year.  Lee posted a 4.89 ERA, 7.0 K/9 and 3.8 K/BB in 73 2/3 Triple-A innings with 11 homers allowed.

The 2016 Baseball America Prospect Handbook dropped Lee to 15th in their ranking of the Dodgers’ top 30 prospects prior to this season, describing his stuff as “fringy to average across the board” and describing him as a potential back-end starter.  The Mariners are optioning Lee to Triple-A, though he could get to the bigs since Seattle is struggling with a number of injuries in both the rotation and bullpen.  Given how Taylor was an expendable piece for the M’s, Lee is a pretty good return for Seattle if he emerges as a post-hype prospect.