In an early look ahead to this year’s trade deadline, Joel Sherman of the New York Post identifies the 12-20 Red Sox as potential sellers. Chief baseball officer Chaim Bloom rebukes any notion that the team is preparing to punt on the season however, telling Sherman “We are not thinking that way [selling] at all […] The hole we are in is real, but it doesn’t reflect the talent on this club. We know it will take a lot to climb out, but we believe this group can do it.”

Accordingly, Sherman acknowledges how much baseball is left to be played this season and opposes a total teardown for a club that just last year made the playoffs. He does also cite Boston’s frequent record fluctuation this past decade (the team has finished first and last in the AL East four times apiece), however, as reason to brace for a disappointing final win tally. With a number of teams already ahead of them in the Wild Card hunt, to say nothing of their incredibly tough division, the Red Sox figure to have a harder time than most presumptive contenders in reaching the playoffs this year. Thanks to a handful of impending All-Star free agents and a wide open payroll next offseason though, there’s perhaps no team more qualified to reload at the trade deadline before trying for better results in 2023.

Some more news out of Boston…

The Marlins have lost seven in a row, and they're now 6.5 games out in the wild card.  It's time to think about selling. 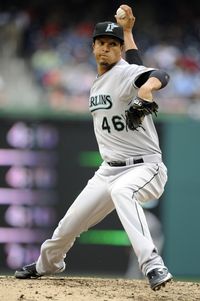 Nationals GM Mike Rizzo made one significant trade last July, sending closer Matt Capps to the Twins for catcher Wilson Ramos.  After a hot start the 23-year-old Ramos is hitting an acceptable .248/.320/.410 on the season, and he belongs in the NL Rookie of the Year discussion with Danny Espinosa, Darwin Barney, Josh Collmenter, Brandon Beachy, Fernando Salas, Craig Kimbrel, Dillon Gee, and Mark Melancon.  Let's see who Rizzo might part with this year, with his team ten games out in the NL East and 6.5 out in the wild card. 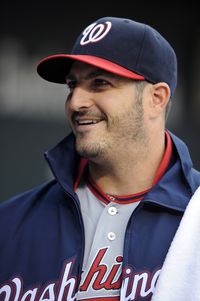 The Royals sit at 29-37, seven games out and in fourth place in the AL Central.  The offense has been respectable, but the rotation has not.  GM Dayton Moore moved a couple of veterans with expiring contracts at last year's deadline in Rick Ankiel and Kyle Farnsworth; let's see who might be on the trade block this summer. 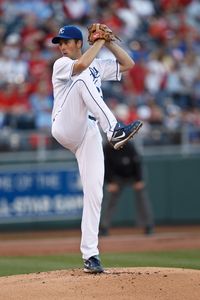 Having lost 12 of their last 13 games, the A's are eight games back in the AL West.  It's time to discuss their potential trade offerings.

At 23-30, the Cubs are 8.5 games back in the NL Central and eight back in the wild card.  Their chance of making the playoffs is 1.1%, according to Baseball Prospectus.  The team's front office has to start thinking about a potentially huge offseason and how they can improve and free up even more cash for 2012.  Which Cubs might be available this summer?

Having lost their last three games, the Padres are 19-28, in last place and 8.5 games out in the NL West.  They're second to last in the league with 3.51 runs scored per game, though at 4.40 the offense has been much better in May.  The Padres' starters carry an unspectacular 4.16 ERA, while their bullpen remains on top at 2.30.

Padres GM Jed Hoyer tried for the best of both worlds during the offseason, trading his best player in Adrian Gonzalez while also importing a bunch of bounceback candidate veterans in hopes of remaining competitive.  Perhaps 2010 was just an anomaly in the Padres' rebuilding process, and Hoyer will continue thinking long-term when the trade deadline approaches in a couple of months.  In that case, who might be available?

The Pirates haven't finished above .500 since 1992, back when Jose Tabata was a toddler.  They've lost six in a row, so that goal may be slipping out of reach for 2011.  If GM Neal Huntington decides to trade veterans for prospects, as he has many times before, who might be available?

The Diamondbacks currently sit at 17-22, in fourth place in the NL West and five games back of the Giants.  The deficit doesn't seem insurmountable, but the Baseball Prospectus playoff odds report assigns the team a meager 0.8% chance.  If GM Kevin Towers commits to selling in a couple of months, who might be available?

Baseball Prospectus' postseason odds report gives the Twins a 7.6% chance of making the playoffs.  They're currently 11 games out in the AL Central; no team is further from first place.  I'm not counting them out – Joe Mauer, Tsuyoshi Nishioka, Delmon Young, and Jim Thome will come off the DL at some point, and I don't think the Twins truly have the worst rotation in the American League.  Still, this is a club no one considered a possible seller before the season.  What could they offer a few months from now?