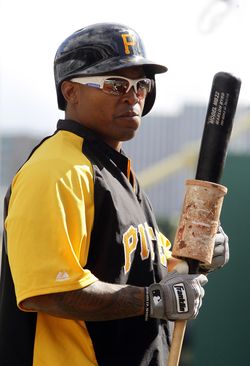 The deal will bring Byrd back to the team that he started his major league career with in 2002.  The 36-year-old is coming off of a season in which he posted a career-best .294/.336/.511 slash line and 24 homers for the Mets and PIrates.  It was a well-timed strong campaign for Byrd and it helped his stock tremendously after he was slapped with a 50-game suspension for PED use in 2012.

The Phillies have been linked to Byrd this offseason as they were in search of a right-handed hitting outfielder.  They weren't the only ones, however, as the Mets, Pirates, and Mariners all had varying degrees of interest this winter.

The outfielder is represented by Seth and Sam Levinson of ACES, as shown in the MLBTR Agency Database.  Earlier this month, our own Steve Adams predicted a two-year, $16MM deal for Byrd.

Michael Barkann of WIP reported that Byrd and the Phillies had agreed to terms. Adam Rubin of ESPN New York tweeted that Byrd would get two years and $16MM. ESPN's Jayson Stark tweeted details of Byrd's 2016 option.