Indians outfielder Marlon Byrd was officially slapped with a 162-game suspension after testing positive for a performance enhancing substance, as Vince Grzegorek of Cleveland Scene first reported on Twitter. Byrd had previously been hit with a 50-game ban, meaning he was a second-time offender for purposes of the league’s more punitive current PED regime.

Ken Rosenthal of FOX Sports noted via Twitter that Byrd chose not to appeal. The veteran has released a statement disclaiming fault, as has his attorney, both via Rosenthal (here and here). They suggest that a tainted supplement is to blame for the growth hormone secretagogue Ipamorelin that was found in Byrd’s system. Given his age and history, it’s fair to wonder whether this is the end of the line for the veteran, who has seen action in fifteen major league seasons.

Cleveland added the 38-year-old on a minor league deal to shore up an outfield that had several question marks — due, in part, to the PED suspension of presumptive center fielder Abraham Almonte. His own 80-game ban will finish up early next month.

Byrd had performed as hoped, posting a .270/.326/.452 slash with five home runs over 129 plate appearances. As usual, he’s done most of his damage against left-handed pitching. With his glovework in the corner outfield rating as at least average by measure of both UZR and DRS, and solid baserunning valuations added in, he’s been a sturdy contributor at the bargain rate of a $1MM annual salary.

Unfortunately for Cleveland, that wasn’t meant to last. With Almonte and Michael Brantley still out of action, the Indians are left with an outfield of Jose Ramirez, Rajai Davis, and Lonnie Chisenhall. All three have been rather productive this year, though it may be a lot to ask of that trio to make up an everyday unit.

The club has Michael Martinez on hand as a utility option, and seems likely to bring back Tyler Naquin to add another corner option. Naquin, 25, showed well earlier in the year, and both Joey Butler and Collin Cowgill provide depth on the 40-man roster.

Looking forward, the intriguing question is whether the loss of Byrd will add any motivation for a more dramatic move. Highly-rated prospects Bradley Zimmer and Clint Frazier are both raking at the Double-A level; while it’s unclear whether either would be considered in the near term, they could factor in down the line. Otherwise, it’s fair to wonder whether Cleveland will entertain an outside addition. The club can take its time assessing its needs and canvassing the market, but a significant strike can’t be ruled out with the division up for grabs.

The White Sox have lost 14 of their last 18 games, including a nightmarish weekend sweep to the Royals that saw Chicago blow late-inning leads in all three games.  Saturday’s result was the most crushing of all, as the White Sox held a 7-1 lead with one out in the ninth before allowing seven runs to lose 8-7.  The sweep also pushed the Royals into first place in the AL Central.  Here’s more from around the division…

There are some more contractual matters to run down for players who made rosters on minor league deals. These all come courtesy of Jon Heyman of MLB Network, and all links are to Heyman’s Twitter account.

The Indians have little time to evaluate Marlon Byrd and make final roster decisions, as Ryan Lewis of the Akron Beacon Journal writes. Manager Terry Francona acknowledged the dilemma of making a call after a brief look at the late-to-sign veteran. “It’s not like we need to see him hit a home run,” said Francona. “This is going to be a hard one. I think we’re balancing not trying to do too much, too quick. … Because it’s going to be hard unless something jumps out one way or another.” As Lewis notes, the organization does have some flexibility since it can retain some of the competitors for outfield jobs — including Joey Butler, Collin Cowgill, and Tyler Naquin — via options. Will Venable is also in the hunt for a role, per the report, while Robbie Grossman and Shane Robinson appear to be “outside contenders” at this point. 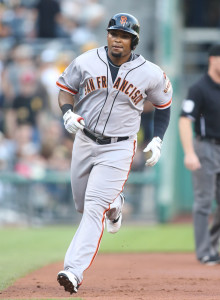 John Henry’s recent comments about how the Red Sox have “perhaps overly relied on numbers” in recent years and became too focused on analytics drew quite a bit of reaction from around baseball, the Boston Globe’s Nick Cafardo writes.  MLB Network’s Brian Kenny believes “the enemy of the Red Sox is impatience, not analytics,” noting that properly analyzing the numbers could’ve told Boston that Jackie Bradley or Rusney Castillo wouldn’t be stars overnight, or that Hanley Ramirez and Pablo Sandoval were risky signings.  On the other hand, some scouts praised the Sox for their apparent turn to traditional evaluation over sabermetrics.  The Red Sox have been at the forefront of the analytics movement over the last 15 years, so if they succeed in this new direction, Cafardo wonders if other teams could follow suit.  Here’s more from Cafardo’s latest column…

Here’s the latest from around the league: