Register
Login
Go To Pro Hockey Rumors
Go To Hoops Rumors
After an unsuccessful attempt at defending the 2012 World Series crown, the Giants doubled down on their veteran core while adding two significant free agents to the mix.
Major League Signings
Notable Minor League Signings
Trades and Claims
Extensions
Notable Losses
Needs Addressed
As the end of the 2013 regular season approached with nothing left to play for, the Giants looked ahead at a 2014 with uncertainty in the corner outfield and the back half of the rotation. In particular, San Francisco faced the pending free agencies of right fielder Pence and one-time ace Lincecum. Having previously pursued a strategy of retaining its own players, would San Francisco commit the resources needed to keep these major names in town? 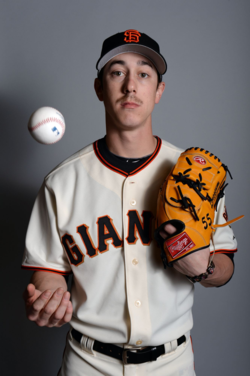