The Yankees acquired infielder Martin Prado from the Diamondbacks, tweets Jack Curry of the YES Network.  The D’Backs will receive catching prospect Peter O’Brien and a player to be named later or cash considerations and are not contributing cash to the deal, tweets MLB.com’s Steve Gilbert.  The Yankees have now officially announced the deal. 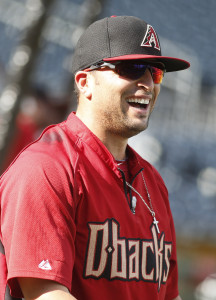 Minutes before this trade, the Yankees acquired Stephen Drew from the Red Sox for Kelly Johnson.  On July 22nd, the Yankees added third baseman Chase Headley.  Drew will play second base, according to Joel Sherman of the New York Post, while it’s not exactly clear how Prado will be employed.

O’Brien, 24, is hitting .267/.312/.593 with 33 home runs between High-A and Double-A in 413 plate appearances.  Baseball America ranked him 23rd among Yankees prospects prior to the season, praising his power but questioning his defense.