Ron Washington has announced his resignation as the Rangers manager in a statement released to the media today.  Bench coach Tim Bogar will take over as the interim manager, Jeff Wilson of the Fort Worth Star-Telegram reports (Twitter link).  Washington’s statement in full…

“Today, I have submitted my resignation from the job I love – managing the Rangers – in order to devote my full attention to addressing an off-the-field personal matter.   As painful as it is, stepping away from the game is what’s best for me and my family. 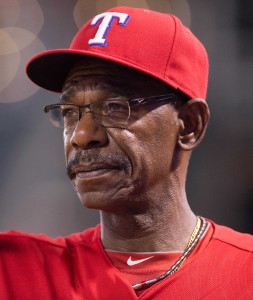 “This is in no way related to the disappointing performance of the team this season. We were already discussing 2015 and looking forward to getting the Rangers back to postseason contention.

“I deeply regret that I’ve let down the Rangers organization and our great fans. Over the past eight seasons, it’s been a privilege to be part of some of the best years in club history and I will always be grateful for the opportunities I’ve had here, and for the great management, players, and coaches who have made our time here a success.  Thank you for respecting my privacy.”

Needless to say, Washington’s decision comes as a large surprise to the baseball world.  Last February, he signed a contract extension that would’ve kept him in the Texas dugout through the 2015 season.  Washington cited the Rangers’ poor 2014 season and yet there was no hint that his job was in jeopardy given how the team’s roster was decimated by injuries.

After spending a decade as a coach with the Athletics, Washington was hired by the Rangers prior to the 2007 season.  He became the winningest manager in team history by posting a 664-611 record in Texas, leading the Rangers to their first two American League pennants (in 2010 and 2011) as well as an appearance in the 2012 wild card game.

Bogar is in his first year with the Rangers organization following a decade as a coach and minor league manager with the Astros, Indians, Angels, Rays and Red Sox.  He has been mentioned in connection with a few Major League managerial posts in the past (most notably with the Astros before they hired Bo Porter) and he could be a candidate to continue as the Rangers’ skipper if he impresses over the final month of the season.  With so many star players back healthy in 2015, the Rangers’ job could arguably be the most attractive managerial opening of the offseason.