DECEMBER 16: The club has made the deal official (hat tip to Scott Merkin of MLB.com).

DECEMBER 15: The deal is done, per Jon Heyman of CBSSports.com (Twitter links). After earning $13MM next year, Cabrera will take home $14MM in 2016 and $15MM in the final year of his deal. He also obtains a limited no-trade clause, per Heyman.

DECEMBER 14: The White Sox have agreed to terms with Melky Cabrera on a three-year contract, 670thescore.com’s Bruce Levine tweets. Cabrera’s deal is worth $42MM, according to Jon Heyman of CBSSports.com (on Twitter).

The deal, which is pending a physical, is only slightly backloaded, tweets Bob Nightengale of USA Today. The White Sox will pay Cabrera $13MM in 2015. Cabrera is a client of the Legacy Agency. 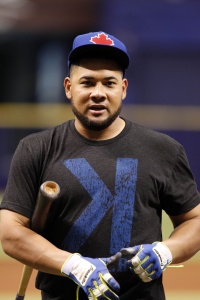 The move continues an offseason transformation for the White Sox, who so far have traded for Jeff Samardzija and signed David Robertson, Adam LaRoche and Zach Duke to help aid a team that won 73 games in 2014. The switch-hitting Cabrera is a proven offensive player, and at age 30, there’s no reason he can’t produce at least a couple more productive, high-average seasons, as he did in 2014, when he batted .301/.351/.458 in 621 plate appearances for Toronto.

If anything, three years seems rather light for a player of Cabrera’s age and talent. MLBTR’s Steve Adams predicted in October that Cabrera would receive five years and $66.25MM. The average annual value of his contract will, apparently, be slightly higher than that projection, but the difference in years is still significant. Cabrera rejected a four-year offer from an unknown team because his preference was to play for the White Sox, tweets CBSSports.com’s Jon Heyman.

Still, that Cabrera would receive a three-year deal was perhaps somewhat predictable after watching his market develop. It was surprising in the past week to read reports suggesting that the Mariners and other teams were unwilling to go past three years for Cabrera. (Cabrera had also previously been connected to the Orioles, Royals, Giants and Reds.)

While Cabrera isn’t a strong defensive player and he walks infrequently, he’s batted above .300 in three of the last four seasons, typically with a bit of power. His solid season in 2014 figured to put his past PED connections mostly behind him, too, especially since the examples of Jhonny Peralta and Nelson Cruz provide precedent for PED-connected players receiving lucrative long-term deals.

Cabrera will presumably slot into left field in Chicago, bumping Dayan Viciedo from a starting spot. Viciedo hit just .231/.281/.405 while playing poor defense last season, so Cabrera represents a big upgrade. The Mariners, who were seen as front-runners for Cabrera, also have shown interest in Viciedo. Perhaps Cabrera’s pact with the White Sox will clear the way for a trade that sends Viciedo west.

Cabrera rejected the Blue Jays’ qualifying offer earlier this offseason, so Toronto will receive an extra pick at the end of the first round of the 2015 draft. The White Sox’ first-round pick, No. 8 overall, is protected, and they already gave up their second-round pick to sign Robertson, so they will have to sacrifice their third-round pick once their signing of Cabrera is complete.